Man arrested in connection with murder of Nicola Collins 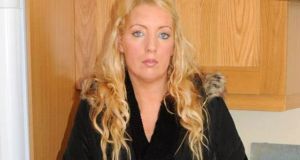 Nicola Collins was found dead in Cork in the early hours of Monday. Photograph: Provision

A man has been arrested in connection with the murder of Nicola Collins.

The 38-year-old mother of three from Clashduv Road, Togher in Cork was found dead in a flat at Popham’s Road, Farranree in the early hours of Monday morning.

The 44-year-old man was arrested on Wednesday morning in the Limerick City area.

He is currently detained at Mayfield Garda Station in Cork under the provisions of Section 4 of the Criminal Justice Act 1984.

A 42-year-old man from Charleville, Co Cork, was also arrested in connection with the investigation but was released on Tuesday and a file is being prepared for the DPP.

Ms Collins, who was originally from Tralee, Co Kerry, sustained head and neck injuries and was pronounced dead at the scene. She was a former pupil of the College of Commerce in Cork.