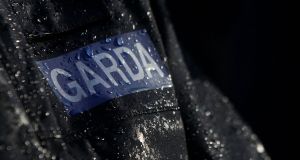 A man has been arrested by gardaí investigating the death of a 51-year-old father of two in a fracas in Cork some 18 months ago.

A 19-year-old man has been remanded in custody after he was charged with murdering a father of two in Cork two years ago.

Dean Crinnion of Blackwater Grove, Cork appeared before Cork District Court charged with the murder of Gerard Delaney at Lower Friar’s Walk, Ballyphehane on December 27th, 2011. Mr Crinnion is also charged with affray and with production of a knife at the same location on the same date.

Detective Sergeant David Treacy of Togher Garda Station gave evidence of arrest, charge and caution at the District Court. He told how Mr Crinnion was arrested at his home at 7.40am in Blackwater Grove this morning and was taken to Togher Garda Station where he was cautioned and charged.

He told the court that Mr Crinnion made no reply when the three charges were put to him.

The court heard that the affray and production of an article charges must be dealt with by judge and jury on the instructions of the DPP. Judge Malone remanded Mr Crinnion in custody to appear before Cork District Court on June 6th via video-link.