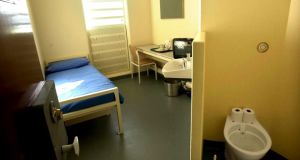 The power to release life sentence prisoners should be taken out of the hands of the minister for justice and consideration should be given to sentencing incentives for guilty pleas at trial, the head of the Parole Board has said.

Solicitor John Costello suggested that if those charged with murder agreed to plead guilty, a judge should have discretion to stipulate how long their life sentence should be, as is the case in other jurisdictions.

“The greatest difficulty for them is the uncertainty,” he said of prisoners sentenced to a life term.

Under the current system in the Republic, life prisoners serve an open-ended sentence from which they can only be released if the Parole Board recommends it and the minister for justice of the day accepts the recommendation.

“There’s no doubt that if it’s a very high-profile prisoner being reviewed, the minister could be conscious of possible political repercussions and that could . . . affect the minister’s decision,” Mr Costello told The Irish Times. “I think it’s only fair to have a system that is not political. It’s only right and proper. And then it means we’ve looked at it objectively. There’s no politics; politics doesn’t enter it. We would have the final say.”

He added that the Parole Board, with 12 members from different backgrounds and areas of expertise, would reach a more balanced decision than a minister, who may have prejudices despite their best intentions.

However, there has been some discussion about how high-profile prisoners, such as murderer Malcolm MacArthur, were kept in prison for 30 years or more, despite the average life tariff now running at 18 years.

Others who committed violent murders in the 1980s, when MacArthur was jailed, would have been released after seven to 10 years.

However, his case continued to attract significant media attention, mainly because he was arrested in the home of the then attorney general Paddy Connolly, with whom he was acquainted.

Mr Costello, who chairs the Parole Board, said while a large section of society believed “life should mean life” there were currently 76 former life sentence prisoners living in the community having been granted parole.

He knew of one working successfully in a charity that assisted released prisoners.

“The community can benefit,” he said of the release of some of these prisoners. “At a very minimum these lifers are not in prison costing the State a fortune to keep locked up.”

The cost of keeping a prisoner in jail in the Republic is about €70,000 per year. Currently there are 319 prisoners serving life in the Republic, with the number increasing each year as more murders are solved and as life sentences become longer.

The Parole Board can only grant parole – release with conditions attached – in cases where people have been jailed for eight years or more. The bulk of its workload involves lifers, who are considered for parole after serving seven years and usually again at intervals of two to three years.

Mr Costello said prisoners often became easier to deal with many years into a sentence, and some had grown so old they were infirm and incapable of reoffending.

“They’ve matured; they’ve calmed down or lost a lot of their anger,” he said of those being reviewed for parole after years in jail. “So you can have a reasonable chat with them. They don’t come across as violent or evil people.”

However, others he and his colleagues dealt with would never be suitable for release.

He was in favour of a debate in the Republic on the introduction of degrees of murder, where a suspect could be charged with first, second or third degree murder – as is the case in the US – depending on the circumstances. Different sentences would apply rather than the mandatory open ended life tariff.