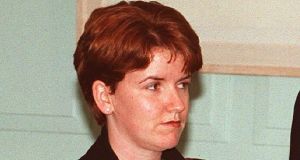 A judge has stopped the trial of two men and a woman in connection with the sectarian murder of a man by loyalists in Northern Ireland.

Robert Hamill, a 25-year-old Catholic, was beaten by the gang in Portadown, Co Armagh, in April 1997. He never regained consciousness and died in hospital.

District Judge Eamonn King said the evidence provided to the court was insufficient to put the accused on trial.

A Courts and Tribunals Service statement said: “In giving judgment District Judge King found that the evidence provided to the court was not sufficient to put the accused on trial.”

Mr Hamill, a father of three, suffered serious head injuries and died 11 days after the attack.

His murder was one of the most notorious of the later days of the conflict.

It was one of four cases examined by retired Canadian judge Peter Cory following claims of security force collusion in the killings.

Allegations that police failed to intervene to help Mr Hamill were the subject of a subsequent public inquiry.

They were accused of offences including conspiracy to pervert the course of justice.

This is the second time the evidence surrounding the credibility of a key witness has been found wanting.

In March a higher court in Belfast quashed a decision by the Magistrates’ Court to stay proceedings and directed that a new preliminary inquiry, which assesses the evidence before the case is sent for trial, begin afresh with a different judge. This new inquiry commenced last month.

According to the court statement, a phone call was made from reserve constable Atkinson to the home of a former suspect in the killing during which he advised him to destroy the clothing he was wearing at the time of the incident and later kept him up to date as the police investigation progressed.

He added: “She was evasive, obstructive and untruthful, peppering her evidence with inconsistencies and outlandish assertions of having no recollection of pivotal moments in her life.”

She changed her account to police and provided facts which the judge believed were designed to enhance the veracity of the statement.

She referred to watching a pay per view boxing match when no such boxing match had been screened at that time.

She also reported receiving a threatening letter from the Loyalist Volunteer Force paramilitaries while living in Wales, although the fact that it had been processed in Chester prompted concerns that she had posted the letter to herself.

The Courts Service statement said: “District Judge King said that he was not able to attribute any degree of credibility to any portion of her deposition.

“He said that the evidence was not sufficient to put the accused on trial and he declined to return them to court.

“He discharged each of the accused in respect of all matters before this court.” - (PA)