‘It is impossible to separate trafficking and prostitution’

The Minister for Justice is considering whether to criminalise people who pay for sex. Would this protect prostitutes, or send the ‘industry’ deeper underground? 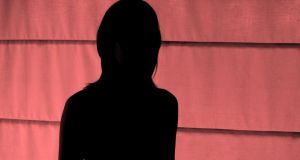 Sex crime? ‘While the elimination of prostitution is a far-fetched ideal, minimisation of harm for those engaged in prostitution is practical, achievable and long overdue in Ireland,’ according to a study. Photograph: Thinkstock

Human trafficking is already illegal, as is child prostitution. Prostitution between consenting adults is legal, but the Turn Off the Red Light campaign, created by the Immigrant Council of Ireland, wants to change this by criminalising people who buy sex.

“It is impossible to separate trafficking and prostitution,” says Sarah Benson, the chief executive of Ruhama, a support organisation for women in prostitution.

Denise Charlton, chief executive of the Immigrant Council, says, “Individuals are trafficked for commercial sexual exploitation in the Irish indoor sex industry, where prostitution occurs. The same clientele buys trafficked and not-trafficked prostitutes, some of whom are children. To claim that the trafficking takes place in an isolated realm different from the sex industry does not reflect reality.”

The evils of trafficking, where young women have been lured to Ireland under false pretences and then locked up, raped and coerced into prostitution through threats to their own safety and that of their families in their home countries, has been highlighted by Turn Off the Red Light. The campaign has the support of 68 Irish organisations with a combined membership of 1.6 million people, 10 local authorities and three-quarters of Ireland’s political parties.

Charlton explains the complexity of the situation. “Trafficking does not necessarily entail the kidnapping of a person. The legal definition of human trafficking can be, for example, the abuse of a position of vulnerability, which applies to the many people involved in prostitution.

“When others are benefiting from a person’s involvement in prostitution, something which is occurring in the highly organised Irish sex ‘industry’: this is human trafficking. Prevention of trafficking by reduction of demand is a main priority in international law, which in practice means that we have to introduce penalties for buyers of sex-trafficked people.”


Oireachtas committee
In response to the campaign last autumn, the joint Oireachtas Committee on Justice, Defence and Equality heard submissions from dozens of individuals and groups on both sides of the prostitution debate.

A major point of difference was the so-called Swedish model. This measure, which was introduced in Sweden in 1999, would criminalise people who pay for sex. Turn Off the Red Light and Ruhama advocate this model; the social scientists who speak for sex workers through Sex Workers Alliance Ireland say the Swedish model could drive prostitution farther underground, increasing the risk.

According to the social scientist Dr Teresa Whitaker, “The UN says that ‘the Swedish law has not improved – indeed it has worsened – the lives of sex workers’ and recommends ‘decriminalisation of private and consensual adult sexual behaviours, including voluntary sex work’. ”

Ruhama rejects the significance of the UN report, quoting the report’s disclaimer that “this document does not necessarily represent the views of all members, nor of the UNAids Secretariat” and calling the report biased towards those in the sex industry who believe that “victims of trafficking [can be] supported to become more ‘independently’ involved in prostitution . . . This report ignores and sidesteps the massive trauma of trafficking on the person and the desire of 90 per cent of those in prostitution (including those not trafficked) to exit.”

But criminalising people who pay for sex would not improve the lives of prostitutes, according to Dr Kathryn McGarry of the department of applied social studies at NUI Maynooth, whose doctoral thesis looked at prostitution in Ireland. She told the Oireachtas committee, “It is clearly flawed to suggest that a change in legislation governing prostitution will eliminate violence and engagement in risk behaviours associated with sex work, yet it is imperative that policies do not make the position of those they impact any more insecure. While the elimination of prostitution is a far-fetched ideal, minimisation of harm for those engaged in prostitution is practical, achievable and long overdue in Ireland.”

This week Sex Workers Alliance Ireland responded to the proposal to criminalise the purchase of sex, which was introduced to the Dáil by the Independent TD Thomas Pringle. The alliance said, “For the past year an American-style moral crusade” – Turn Off the Red Light – “has tried to convince Irish people that prostitution is out of control in Irish society.

“They have tried to whip up a moral panic when there is no evidence to suggest that there is any large-scale prostitution occurring in Ireland [though the Department of Justice estimates that “hundreds” of prostitutes are at work in Ireland]. This campaign is being funded by Irish taxpayers’ money and is one-sided and undemocratic and is not based on concrete evidence.”

Turn Off the Red Light rejects accusations of a lack of empirical evidence, saying that “prevailing opinion is that the in-depth study of the indoor sex industry from 2009, complemented and collaborated since by investigative journalistic work, and the survivors’ and the detectives’ accounts, amount to a sufficient body of knowledge to convince a considerable proportion of the Irish public to demand action.”

Minister for Justice Alan Shatter is considering the submissions and whether the law should be changed.