Irishman pleads guilty to deaths of two Irish in Australia 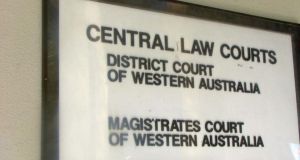 Eamonn Driver faced charges arising from the deaths of Colm Reilly (20) and Kiara Duncan (22) in a crash in the Perth suburb of Bedford in October 2007.

A man from Slane, Co Meath has pleaded guilty to dangerous driving causing the deaths of two other Irish people in a car crash in Western Australia almost six years ago.

Eamonn Driver (31), who was extradited to Australia earlier this month, was charged following the deaths of Colm Reilly (20) and Kiara Duncan (22) in the Perth suburb of Bedford in October 2007.

Driver was driving the car when it crossed the centre median of the road, overturned onto its roof and crashed into an oncoming car driven by a 63-year-old woman, who escaped serious injury.

Driver was taken to hospital with a shattered pelvis.

He returned to Ireland in November 2007, before any charges were laid.

In August 2009 he failed to appear in a Perth court to face charges over the deaths of Mr Reilly and Ms Duncan. This led magistrate Barbara Lane to issue a warrant for his arrest.

After a lengthy process, extradition was recently granted by Minister for Justice Alan Shatter.

Driver was ordered to surrender to Australian authorities and officers from Western Australia’s crash investigation unit travelled to Ireland to bring him to Perth.

At Perth Magistrates Court today, he pleaded guilty to two counts of dangerous driving causing death, and will appear in Perth District Court on October 25th.