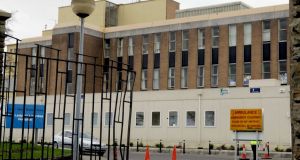 Our Lady of Lourdes Hospital in Drogheda: A man found 44 files containing sensitive patient information on a nearby road

The HSE and the Data Protection Commissioner have launched separate investigations after a cache of files containing sensitive patient information were found lying on a Drogheda street near Our Lady of Lourdes Hospital.

Local TD Fergus O’Dowd said “heads should roll” within the hospital after a member of the public reportedly noticed a cache of papers “strewn across the road” when he was walking past a public bin on Sunday morning.

He decided to pick some of them up, and later read them to find they contained information on orthopaedic patients who had recently attended the hospital.

The information included names, dates of birth, details of operations performed and care plans along with other identifying details.

The man, who gave his first name as Andrew, brought the files containing 44 names to the attention of the local Louth-Meath FM radio station.

Speaking on air on Tuesday morning, reporter Marie Kierans said she had since been contacted by the HSE and data protection officials to confirm the investigations have commenced in light of the “serious” breach.

“I assumed [someone]went to put it in, [and] because the bin was full it fell on the ground,” said Andrew.

“To my shock and horror I saw people’s personal information: who they attended to, when they attended, who the doctor was, when to be discharged... Those people whose names are on it must be horrified because at the end of the day I would not like my personal data to be put out there for everybody to read,” he said.

Michael Reade, the presenter of the current affairs programme that first reported the find, then went on to list clinical information contained on individuals’ files concerning the growth of cultures, bowel problems they had suffered from, injuries sustained while working with animals and deliberations over performing a blood transfusion for one patient.

The journalists in question said they alerted both the HSE and the commissioner to the discovery and offered to hand the files back.

The files have since been given to the HSE.

In a statement issued to the show, a HSE spokesperson said the matter is being taken “extremely seriously” and that apologies have been offered to the patients involved.

The hospital itself also released a statement thanking the radio station for bringing the matter to its attention, and confirmed that any removal of personal records from the hospital constitutes a breach of data protection laws.

It read: “Our Lady of Lourdes Hospital Drogheda has facilities in place for the safe disposal of sensitive and confidential information. The general manager is now issuing a memo to all staff following the breach reminding them of their responsibility regarding patient confidentiality.”

Drogheda-based Fine Gael TD Fergus O’Dowd described the issue as a “total disgrace and completely unacceptable”, and the Office of the Data Protection Commissioner also reiterated the seriousness of the allegations in a statement.

The advocacy group Patient Focus accused the hospital of not following guidelines in this particular instance, and says it is “very disappointed” to hear of such a discovery.