Incident being investigated by Computer Crime Unit in fraud squad 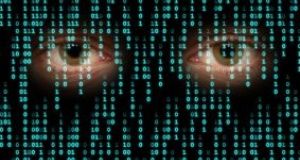 The Garda was forced to put an emergency plan in place in recent days after an external source tried to hack into the force’s data systems. Photograph: Getty Images/iStockphoto

The Garda was forced to put an emergency plan in place in recent days after an external source tried to hack into the force’s data systems.

The attack was revealed in a brief statement this afternoon from Garda Headquarters in the Phoenix Park in Dublin.

The exact source of the attack and who carried it out remains unknown.

However, the attack is being investigated by the Garda Bureau of Fraud Investigation and the force said none of its data was successfully breached.

It added the attack was carried out using a new strain of malware the force had not seen before, with some of its systems shut down while the attack was under way.

Any breach of the Garda’s systems could be catastrophic for the force give the intelligence and evidence - including forensic and DNA test results - stored electronically.

The incident comes at a time when the force’s IT systems have be labelled by the Garda Inspectorate as decades out of date; an appraisal echoed by Garda Commissioner Noirín O’Sullivan and accepted by Minister for Justice Frances Fitzgerald.

The attack occurred last Thursday, August 4th, the Garda said in its statement.

“An Garda Síochana identified a zero day (a new strain) malware threat on one of our systems,” the statement said.

“Heightened security procedures were implemented and standard protocols were enforced across all Garda ICT environments to limit any effect on our systems.

“Working with security experts the threat was identified and an appropriate solution was implemented across all Garda Síochana ICT systems.

“An Garda Síochana are continuing our investigation into the incident. The Computer Crime Unit at the Garda Bureau of Fraud Investigation are investigating the source of this malware.”