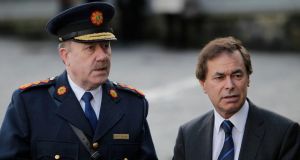 
The Garda Síochána Ombudsman Commission has urged Minister for Justice Alan Shatter to give it unfettered access to the Garda’s Pulse computer database, which includes intelligence on criminals.

The move is likely to be strongly resisted by Garda Headquarters as it would represent the first time in the history of the force that the Garda did not have full control, and the ability to disseminate as it sees fit, the intelligence at its disposal.

Many Garda members are already unhappy that the ombudsman commission’s investigators have Garda-style powers, including the power to arrest gardaí or other suspects as they investigate complaints against members of the force.

Gsoc has expressed concern that under current procedures it is reliant on assurances from the Garda that information passed to it represents the “totality of such information held” on whatever matter it may be investigating.

“The absence of any independent access to (the Pulse) systems raises issues around the effectiveness of the Ombudsman Commission’s oversight investigative function,” it said in a report to Mr Shatter.

It had encountered “delays in access to documentation and intelligence” held by the Garda as a “constant feature” of the four-year investigation, citing those delays as the reason for the excessive time taken to complete the inquiry.

Aside from what it believes were serious delays in providing information to it, Gsoc has also expressed serious concern that measures around the registering of Garda informers and recording the extent and nature of contact with them are possibly not being followed.

It outlined its concerns in a brief report published yesterday at the conclusion of its investigation into the Boylan affair. Mr Shatter later released a fuller version of that report sent to him by Gsoc last week in which it made a number of recommendations.Mr Shatter is reviewing the report and awaiting observation on it from Garda Commissioner Martin Callinan.

However, Mr Shatter last night released a two-page report from a retired High Court judge TC Smyth SC, who has examined the use of informers.

In a report on it dated October 2012 the judge informed Mr Shatter there appeared to be “substantial compliance” with the rules set down for handling informants under it.