Garda management did not tell auditors of false breath tests 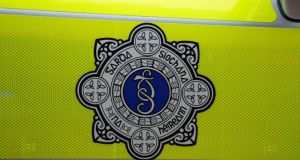 Garda management did not inform their own internal audit committee about almost one million false breath tests and unreliable fixed-charge penalty notice convictions before going public about them.

Garda management did not inform their own internal audit committee about almost one million false breath tests and unreliable fixed-charge penalty notice convictions before going public about them.

In its annual report for 2016, the Audit Committee of An Garda Síochána said it was very concerned it was “totally unaware of either issue” in advance of media announcements at the end of March 2017.

In March this year, Garda management announced almost one million false breath tests were recorded on Pulse, the Garda computer system, adding that about 14,500 motorists were convicted in error over fixed charge penalty fines.

The audit committee, which oversees Garda spending, said because it was not told, it “was placed in the unusual position of being unable to offer any view concerning the implications of either issue”.

It said its annual report, due to be published at the end of March, was delayed because of it.

The report was signed off on May 25th this year by chairman of the audit committee, Cyril Sullivan, on the basis both issues were “unresolved” and the incoming audit committee would seek full explanations on the matters.

The report said the Garda Internal Audit Unit had continued its audit of the administration of the fixed charge penalties during 2016.

“During the course of these audits, none of the legal difficulties arising outside of the administrative system were brought to the attention of auditors,” it said.

“Prior to the public announcement and notwithstanding the very specific role assigned to the Garda Internal Audit Section in relation to the Fixed Charge Penalty system, neither the internal audit section nor the audit committee were aware that management had discovered a legal problem in the course of 2016 or that the organisation had devoted considerable resources towards ascertaining its scope and then devising and implementing a solution.”

It also said, due to the issues relating to the recording of breathalyser test data, the committee had concerns “regarding data quality across the force”.

On a separate issue, the report said the outstanding balance for the overpayment of salary and pensions in the force at the end of June 2016 was €1.9 million, an increase of 210 per cent since March 2013.

Overpayments occurred for reasons including late notifications of deaths or events such as unpaid leave and sick leave, and incorrect points of scale being applied to salaries. There was also an issue with retention of social welfare benefits which should have been paid to AGS instead of directly to the gardaí involved.

Repayment plans were in place for just over a third of the cases at the end of last year, the report said.

“It is disappointing that the recoupment unit, set up as a result of the previous audit, seems to have been wound down,” it said.

A “half-time” member of staff had recently been assigned, but the committee recommended three full-time staff be assigned to the unit.