Gardaí criticised in inquiry into handling of informer 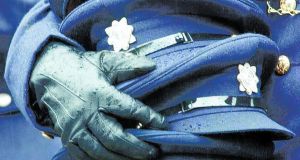 Complaints body finds gardaí had “withheld” evidence from it.

The body established to investigate complaints against gardaí has strongly criticised what it says is a culture within the force that delayed and frustrated the biggest investigation it has undertaken into alleged Garda corruption since its inception six years ago.

The complaints body has also found that key recommendations around the handling of criminal informants arising from the Morris Tribunal into Garda corruption in Donegal were not acted on at the time and have still not been acted upon.

It added gardaí had “withheld” evidence from it and this was “unacceptable”.

“It also has impacts adversely on the ability of the Ombudsman Commission to fulfil its statutory functions,” a report released by GSOC this morning said.

“The absence of contemporaneous notes by members of the Garda Síochána made it difficult, and on occasion impossible, for the Ombudsman Commission to establish the truth in relation to key incidents and events.”

It said it had reviewed the old system of handling Garda informants that was in place before the Morris Tribunal recommended a newer, more comprehensive and transparent system of recording the names of informants and the level and nature of Garda contact with them. It also examined the new system.

It concluded that both systems were unsatisfactory, and that gardaí could still handle informants by simply bypassing the new system, which had been one of the main concerns about the old system.

It noted: “The Ombudsman Commission has concluded that the deficiencies it indentified give rise to matters of grave concern regarding Garda Síochána practices in relation to the implementation and management of informant handling procedures, both historic and current and also to the Garda Síochána’s commitment to its own policy in relation to those procedures.”

GSOC’s concerns have come at the end of a four-year probe into allegations that Co Louth convicted drug dealer and Garda informer Kieran Boylan was allowed by his garda handlers to continue dealing drugs while he supplied information on other dealers he sold to.

GSOC has concluded its investigation and this morning released a summary of its concerns. However, the detail of the case and GSOC’s findings about the substantive allegations, which first emerged in newspaper reports, have not been published.

Instead, full reports have been sent to both the Minister for Justice Alan Shatter and Garda Commissioner Martin Callinan. Mr Shatter received the report last week, while Commissioner Callinan received it on Tuesday afternoon.

Under the Garda Síochána Act, which provided for the establishment of GSOC, Mr Shatter can publish reports such as that sent to him about Boylan and his Garda handlers. It is unclear when, in what format, or even if Mr Shatter will publish the report.

It was also alleged that prosecutions for drug dealing were commenced against Boylan but were then dropped without explanation and that the convictions of some of those prosecuted on the basis of information supplied by Boylan were unsafe.

However, the DPP has decided no gardai have criminal cases to answer and it also appears she has no concerns about the safety of convictions that flowed from the information supplied by Boylan.

In its release today, GSOC said it was open to it to pursue disciplinary actions against individual gardai even though the DPP has decided they have no criminal case to answer. However, it said it preferred to send the reports to Mr Shatter and Commissioner Callinan for possible future action at their volition rather than delay the probe further by pursuing disciplinary actions against gardai.

On the issue of the lack of cooperation, GSOC said in the brief material released this morning:

“This investigation took over four years to complete. The Ombudsman Commission is disappointed that the reason for this long delay is due mainly to difficulties experienced by the investigation team in obtaining evidence from the Garda Síochána.”

It said mandatory protocols dictated that information should be supplied within 30 days of a request. This had occurred in just 29 per cent of cases. Some six of 63 requests for evidence or information took more than a year to process. However, all requests were finally granted apart from one, while another document requested could not be found.

While GSOC said the level of cooperation was “highly unsatisfactory”, the garda had put forward a number of reasons for difficulty in complying in full and in a more timely fashion.

According to GSOC, it cited State security, police tradecraft and a desire for reassurance that the information it supplied would not be shared with third parties.