Four men arrested after €40,000 worth of cannabis seized in Cork 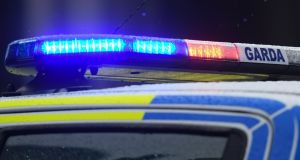 Gardaí arrested four men in Cork on Tuesday after over €40,000 worth of cannabis was seized in two separate operations. File photograph: Getty Images

Four men have been arrested after more than €40,000 worth of cannabis was seized in two separate Garda operations in Co Cork on Tuesday.

Officers from the Cork City Divisional Drugs Unit stopped a car in the Banduff area of Ballyvolane on the city’s northside just after midday on Tuesday.

They found a kilo of cannabis with a street value of €20,000 along with €3,650 in cash which they believe was the proceeds of crime.

The driver of the car, a man in his 30s, was arrested and taken to Mayfield Garda station for questioning.

Members of the Garda National Drugs and Organised Crime Bureau and Customs Officers were also involved in the operation which led to a follow up search of a house in the Banduff area.

Gardai arrested a man in his 30s at the house. He was also taken to Mayfield Garda station for questioning about the drugs and cash finds.

In a separate incident, uniformed officers from the Bridewell Garda Station stopped and searched a car at Industry Street on the city’s southside just before midnight on Tuesday.

Gardai found 10 individually wrapped vacuum packaged bags containing in total just over a kilo of cannabis with an estimated street value of an approximate €23,000 hidden in the vehicle.

Gardai arrested the two occupants of the car, two men in their 20s and 30s, and brought them to the Bridewell Garda station for questioning.

The two men are detained under drugs trafficking legislation which allows gardai detain suspects for up to seven days.