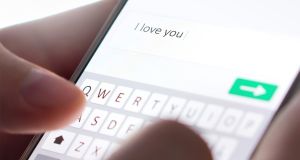 Detectives have uncovered a “control centre” for a large-scale romance fraud operation in Ireland.

It is the first time a romance fraud operation has been uncovered within Ireland. While many Irish people have fallen victim to such frauds in recent years, Garda investigations have invariably shown the suspects were operating from another country, making arrests and recovery of assets extremely difficult.

Examination of the evidence seized in Dublin and Meath is ongoing. So far four victims have been identified in the computer records but sources say they expect to uncover many more.

Romance fraud involves victims being lured into fake romantic relationships online before being financially exploited. Fraudsters use fake identities to lure victims and build up trust.

Once trust has been established, the fraudster will start asking for increasing sums of money. They often claim they need money to pay for travel expenses so they can come visit the victim or to help a sick family member.

The fraudsters arrested in Monday’s operation located victims on a popular dating site before moving the relationship to another forum and asking for money to allow them to meet up.

One of the victims in last week’s Garda operation was convinced to send large sums of money to accounts that were traced to Ireland, Turkey, Dubai and Vietnam over a nine-month period.

Officers from the Garda National Economic Crime Bureau arrested three men during the search operations in Dublin and Navan on Monday and seized a large amount of computer evidence.

The men are being detained under section 50 of the Criminal Justice Act 2007 at Garda stations in west Dublin and can be kept for up to seven days.

“These arrests are a culmination of investigations into complaints of suspected romance and investment fraud,” the Garda said in statement.

“This is a novel investigation, as the senders of such emails have never been arrested in Ireland before,” said Det Supt Michael Cryan.

“To date, the belief would always have been that criminal groups engaged in this activity are operating from outside this jurisdiction. This investigation shows that this is not always the case.

“It is anticipated that numerous injured parties from all over the world will now be identified. We would encourage other victims of this type of fraud to report incidents to local gardaí.”

Last year the Garda received more than 75 romance fraud reports from Irish victims who had been conned out of more than €1 million.

While it was traditionally older women who fell victim to the scam, gardaí said the age profile had changed significantly in recent years and that it was dealing with victims of all ages.

It said it suspected there were many more victims out there as people, particularly young men, were often too embarrassed to come forward.

People who fail to self-isolate should be fined for their ‘selfish behaviour’, says GP 10:41
Man using electric scooter found dead on road in Harmanstown, Co Meath 09:12
Coronavirus: State at ‘tipping point’ in Covid-19 struggle, says expert medic 04:00
‘The top of my finger was gone’: Fireworks a clear and present danger in Halloween run-up 03:45
Eamon Ryan interview: ‘Climate action is where the jobs are going to come’ 02:30