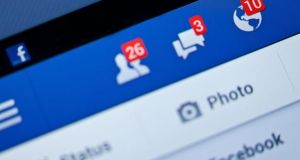 A father has claimed that posting allegedly “crude” images on his Facebook page does not affect his young son, as the boy has no access to the social media site.

The separated father told the Family Court that he was previously allowed to look after his toddler son for five hours, twice a week. Since January, the mother has only allowed him to see their son for two hours at a time.

On Monday, a lawyer for the child’s mother said that the man posted images of his son playing near a second-storey windowsill on Facebook. He described as “crude” other images posted on the man’s Facebook page.

The lawyer said these images caused his client to be concerned for her child’s safety. The father insisted he was allowed to post photos on Facebook as he saw fit.

If I do something crude on Facebook, I don’t see how it’s relevant to my child

The father told the Family Court that he was evicted from his shared accommodation in January and was living with his current partner and her family.

The father admitted he did not give the mother his current address until she requested it.

He said he hadn’t thought it was important to tell her about his new address for their son’s visits, as the visits were only for a few hours.

“Why would I have to tell her everything? I don’t see how it makes a difference,” he said.

Judge Ann Ryan ordered that access visits between the father and son should take place at the address he has now provided to the mother.

1 Donald Trump is in trouble, and that could spell very bad news
2 O’Doherty and Waters ordered to pay legal costs of case against State over Covid-19 laws
3 Some larger stores to reopen on Monday ahead of schedule
4 House parties are being held ‘with abandon’, Holohan warns
5 Miriam Lord: ‘Summer is not lost,’ says Leo but can a government be found?
Real news has value SUBSCRIBE