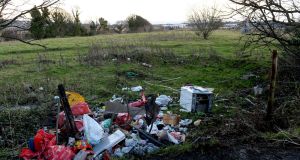 Identifying the culprit is the main challenge for local authorities seeking to prosecute those responsible for littering, but the short time frame allowed by the law between the commission of the alleged offence and the prosecution can also cause problems, according to a lawyer with knowledge of the operation of the litter laws.

The most common way offenders are identified is if they leave identifying material, such as letters and envelopes, in discarded rubbish bags , but offenders are also frequently identified from CCTV evidence.

The short time frame allowed between the commission of the alleged offence, and the prosecution – six months – can cause headaches for those seeking to achieve prosecutions, one solicitor, who did not want to be named, said.

Local authorities say they frequently find that people accused of offences give false addresses and/or have moved on. Sometimes witnesses who have complained about littering do not want to give evidence in court.

The fines for continuing offences are €600 per day for summary offences and €10,000 per day for indictable offences. A person convicted of a litter offence may also be required by the court to pay the local authority’s costs and expenses in investigating the offence and bringing the prosecution.

The Litter Pollution Act 1997 provides that people accused of littering can be levied with an on the spot fine. If this is paid, that is the end of the matter. If not, the matter can be prosecuted, usually in the District Court.

The Act says that no person “shall deposit any substance or object so as to create litter in a public place or in any place that is visible to any extent from a public place.” Technically, this means that if rubbish is thrown over a hedge so that it is not visible from the road, it may not be an offence under the Act.

Litter thrown from a car or other vehicle is presumed to be the responsibility of the vehicle’s owner. The Act also makes it an offence to put posters up on lamp posts, poles or other structures visible to the public. This same section covers flyers put under the wipers of parked cars.

When discarded bags of rubbish are examined by litter wardens, the discovery of letters and envelopes identifying the culprit is the exception rather than the rule, according to one solicitor who prosecutes litter cases but did not want to be named. In his experience, the local authorities act once they have evidence.

Local authorities sometimes arrange for CCTV cameras to be put near sites, including rural ditches, that are used by repeat offenders, and can get evidence in this way.

A common attempted defence is to claim that rubbish bags found by wardens with identifying material in them, were taken from a family home by “an anonymous man with a van” who offered to dispose of them for €1 a bag,” according to the solicitor. Courts tend to be cynical about such claims.

The date on any documents in discarded rubbish often constitutes evidence of the earliest date on which the alleged littering offence can have occurred. It can sometimes be difficult to achieve a prosecution within the time limit, given that a fine has to be issued, and go unpaid, before a prosecution can occur, and all of this must happen within six months of the date on the found document.

The Department of Communications, Climate Action and Environment says the implementation of the litter law is a matter for the local authorities. “The department does not collate data on the number of litter prosecutions by local authorities.”

1 Gardaí disperse crowds gathered at coastal beauty spots
2 How lockdown has helped us to save money - and find new ways to spend it
3 Six counties free of new cases of Covid-19 over past week
4 George Floyd death: Man shot and killed by law enforcement in Kentucky
5 Schools may reopen in July for children with special needs
Real news has value SUBSCRIBE