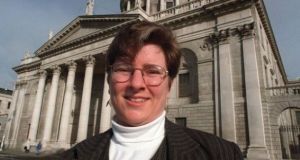 Ms Justice Donnelly earlier this year referred aspects of an extradition case involving a Polish national to the Court of Justice of the European Union. Photograph: Alan Betson

An Irish High Court judge must decide if changes to the rule of law in Poland are such that she should not extradite an alleged drug dealer under the European Arrest Warrant system amid concern that he will not receive a fair trial, the Court of Justice of the European Union (CJEU) has said.

In coming to an assessment of the case of Artur Celmer (31),the court said information in a recent highly-critical assessment by the European Commission of changes to the legal system in Poland is “particularly relevant”.

This could be seen as an indication by the court that Ms Justice Aileen Donnelly’s concerns about the consequences of recent changes in the rule of law in Poland are valid.

Earlier this year Ms Justice Donnelly referred aspects of the case of Mr Celmer, a Polish national was arrested in Ireland in May and currently being held in an Irish jail, to the Luxembourg-based court.

There was strong political criticism in Poland of her decision, with the government there describing it as “incomprehensible”. However, the move was applauded by Polish lawyers critical of the judicial reforms of the national conservative Law and Justice (PiS) government.

In its decision on Wednesday on Minister for Justice v LM, the CJEU closely followed the advice of its advocate general in June in responding to questions from Ms Donnelly. It found that if the Irish court was satisfied there had been a systematic erosion of the rule of law in Poland, the court then had to investigate the specific circumstances under which Mr Celmer would be tried to establish whether his rights would be affected by this.

The existence of systemic deficiencies does not necessarily imply that, in a specific case, the individual concerned will be subject to inhuman or degrading treatment in the event that he is surrendered, it said. The Irish court would also have to offer the Polish courts the opportunity to address its concerns.

The judgment, which also reflects the legal arguments made by the European Commission and lawyers for Ireland at the hearing of the case, rejects the Polish government’s insistence that the Irish court had no right to question the warrant because of the mutual recognition of member states’ legal systems inherent in the legislation.

It emphasises the importance of the Irish court’s consideration of the impartiality and independence of the Polish courts and the grounds on which such judgment can be made.

The Irish court will now have to decide whether there has been an erosion in the rule of law in Poland and whether it is such as to jeopardise Mr Celmer’s right to a fair trial.

Responding to the ruling, the global watchdog Fair Trials said that it was a welcome recognition of the need for criminal justice cooperation in Europe to respect human rights and the rule of law.

“The court’s judgment shows that fault lines are appearing in mutual trust between the EU’s criminal justice systems, resulting in barriers to the operation of the European arrest warrant,” the group’s chief executive Jago Russell said.

“Over many years Fair Trials has documented a catalogue of misuse and abuse of the EAW system and urged the EU to improve respect for the right to a fair trial in Europe. We’re pleased that the EU court is starting to recognise that criminal justice cooperation in Europe must also respect human rights and the rule of law.”