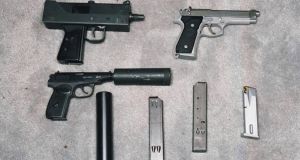 Gardaí have said feuding gangs in Dublin may be planning to pay foreign contract killers to come to Ireland.

Feuding gangs in Dublin may be planning to pay foreign contract killers to come to Ireland to murder several of their rivals at once, senior Garda sources believe.

The killing of Noel Kirwan just before Christmas was the latest in a series of so-called “soft target” murders, in which people are killed simply because they are close to key players in the Kinahan-Hutch feud.

Gardaí are now fearful that while those soft target attacks are set to continue, efforts are also being made to carry out much more high-impact killings.

Senior criminals on both sides of the feud, which has claimed 11 lives since September 2015, have extensive contacts in mainland Europe.

Kirwan (62) was shot dead as he sat in his car in the driveway of his partner’s home in Clondalkin, west Dublin.

The father of four grew up in the north inner city with the Hutch family and was regarded as close to Gerry Hutch, also known as “The Monk”.

He attended the funeral of Eddie Hutch, who was murdered in February, and his presence there appears to have angered criminals on the Kinahan side of the dispute.

Gardaí are now fearful that because key suspects on both sides are being watched closely by the Spanish police and the Garda, criminals from other countries will be used in so-called contract killings.

Gardaí say armed checkpoints will be retained, especially in Dublin’s north inner city and in Crumlin where most of the men whose lives are at risk live.

The new Armed Response Unit for Dublin will be “highly visible” on the streets for the foreseeable future.

However, given the bloodshed so far, they are convinced key figures on both sides are keen to stage a major attack, like that at the Regency Hotel in February, 2016, to devastate the other side.

“In some of the shootings in Dublin and Limerick down the years foreign criminals have been brought in because their faces wouldn’t be known,” said one Garda source.

Gardaí said given the sophisticated nature of the weapons used in some of the feud attacks to date and other guns seized as they were being readied for use, it was clear both sides were being supplied with firearms by criminal networks outside the State.

Surveillance has been stepped up by the Garda and the Spanish police with one focus on trying to identify any telephone contact or foreign travel pattern that suggests foreign gunmen were being hired.

1 Tyrone midwife on the cover of Vogue magazine
2 Barack Obama urges those protesting in US to seize the momentum
3 Covid-19: Further easing of restrictions likely but little change to roadmap
4 Over 50 healthcare workers repatriated from India to Ireland
5 With Lincoln looking on, the crowd dropped to their knees as 7pm approached
Real news has value SUBSCRIBE