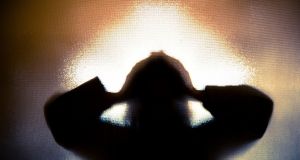 Reports of domestic violence have increased sharply during the pandemic. Photograph: iStock

Victims of domestic violence will be able to appear in court remotely from women’s refuges, to seek and obtain barring and protection orders, under a planned new legal project.

Domestic violence courts have remained open throughout the Covid-19 pandemic and victims have been able to access them in person and remotely.

However, a small number of safety orders have been handed down remotely to date, typically to women accessing the court via webcam from their own home.

Under the new system, victims will be able to remotely access the courts from domestic violence centres around the country.

It is hoped this will provide a safer forum for victims than the family home. It will also allow remote access for people who do not possess a device or internet connection capable of supporting video calls.

The initiative is being co-ordinated by Safe Ireland, the umbrella group for 38 front-line domestic violence services.

Safe Ireland is seeking to hire a consultant to lead the project, which it hopes to have completed by the second half of 2021.

Final regulations allowing the project to proceed are expected to be in place within the next two months. Much of the required regulations are already in place following the passage of emergency remote court legislation in August.

Safe Ireland has been engaged in extensive consultations with the Courts Service this year to allow for “the establishment of online/remote hearings for [domestic violence] applications from the premises of domestic violence services”, according to tendering documents.

Courts Service officials and president of the District Court Colin Daly have given permission for domestic violence services to become “trusted intermediaries”. These will “facilitate the operating of the remote courts from suitable, trauma-sensitive premises”, it said.

Staff at the premises will manage the “technical, administrative and support work” for each hearing.

Reports of domestic violence have increased sharply during the pandemic as victims are forced to spend more times in their family homes with abusers.

Information supplied by Garda Headquarters to the Policing Authority states that assaults in the home have increased 12 per cent since March, though assaults in public places have dropped by a third during that same period.

Under Operation Faoiseamh, a dedicated operation targeting violence in the home during the pandemic, gardaí received 22,540 reports of domestic violence and related crimes from March 12th to November 3rd, up almost 17 per cent on the same period last year.

More than 200 prosecutions have been brought for domestic violence offences since April. From next year the Garda hopes to start basing officers in domestic violence services to encourage victims to report crimes.

A Courts Service spokesman stressed that despite the pandemic, the courts remained open to victims seeking protection, barring or safety orders in person if they wished. The Garda has reiterated that Covid-19 travel restrictions do not apply to people fleeing danger at home.