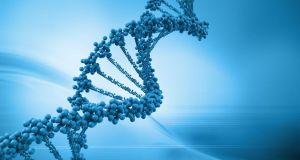 The DNA database would strengthen the Garda’s hand in solving crime and prosecuting those behind it, but was also an important piece of human rights legislation in strengthening the position of any person who was the victim of a miscarriage of justice, Minister for Justice Alan Shatter has said. Photograph: Getty Images

The introduction of new legislation providing for a DNA database is the most important that the Government will enact in its lifetime, Minister for Justice Alan Shatter has said.

The database would strengthen the Garda’s hand in solving crime and prosecuting those behind it, but was also an important piece of human rights legislation in strengthening the position of any person who was the victim of a miscarriage of justice.

“The existence of DNA databases in other countries has proved over the years to be of great assistance in identifying incidences of miscarriages of justice,” Mr Shatter said as the Bill concluded Oireachtas committee stage this morning.

He added that having a database made up of DNA samples taken from convicted criminals and suspects for crimes would also enable the Republic to more fully co-operate with law enforcement authorities in other countries in solving crime with a cross-border dimension.

“It will ensure that people involved in cross-border crime know there is maximum co-operation between police forces across Europe, that we can access information that is held in other EU states.”

He said the DNA samples would be taken and held in accordance with European laws underpinned by human rights considerations.

The Criminal Justice (Forensic Evidence and DNA Database System) Bill 2013 completed committee stage this morning where a series of minor amendments were considered by the joint Oireachtas Committee on Justice, Defence and Equality.

The Bill allows DNA samples to be taken from most people suspected of a crime, by force if needed, and creates rules around the period of retention of the sample on the database, depending on whether the individual is convicted or not and the seriousness of the offence.

Samples cannot be taken from children under 14 years of age.

While DNA samples from people suspected but not convicted of crimes must be destroyed, the Garda authorities can apply for the retention of any sample for up to six years where they feel there are compelling reasons for this.

The granting of such permission can be appealed. The database will be run by the forensic science laboratory, with oversight from a committee chaired by a

hundreds of cases. However, gardaí must first identify the suspect on strong grounds before they can demand a DNA sample to cross-check against the DNA

collected at a crime scene.

Currently, samples cannot be retained for checking in future crimes.

When a database exists, a DNA sample gathered from a crime scene or, for example, a gun, could immediately be checked against those many samples stored.

aimed at strengthening the Garda’s hand in dealing with criminals. The reforms have included the use of hearsay evidence in some trials, the power to detain suspects for periods of up to a week without charge, and the ability to plant electronic bugs and use in court the evidence they gather.