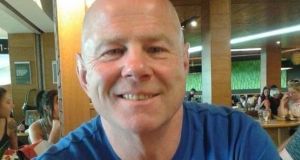 DavidDouglas was shot dead in Dublin in 2016.

The trial of a man accused of the murder of David Douglas, who was shot dead in Dublin five years ago, has opened at the Special Criminal Court this morning where the prosecution says the court will hear evidence of a “meticulously and carefully planned assassination”.

He further denies criminal damage to a vehicle at Strand Road, Sandymount, on July 4th, 2016, the property of Teresa Devoy.

Mr Canavan is the fourth person to appear before the courts charged in connection to the murder. The State is alleging that Mr Canavan “literally pulled the trigger” in the crime.

Mr Sean Gillane SC, opening the case for the State, said the murder was a “carefully and meticulously planned one, to ensure that David Douglas met his death”.

Mr Gillane said the court would hear evidence of how Mr Douglas was shot in his shop while he was working with his daughter and was fatally wounded, sustaining six gunshot injuries.

Counsel said that Mr Douglas was found lying on his back after the shooting with injuries to his chest, neck, back, torso, elbow and jaw.

Mr Gillane said that evidence will be heard that a semi-automatic pistol was found with the “hammer of the weapon, which had its serial number removed, still cocked near the head of Mr Douglas”. He was pronounced dead by the emergency services at 4.55pm.

Mr Gillane said that it is the State’s case that a male in dark clothing, who entered Mr Douglas’ shop shortly after 4pm on the day of the shooting, is Mr Canavan. Counsel added that this male then ran towards the Oliver Bond apartment block in Dublin’s Liberties.

Counsel said that on the day of the shooting Mr Douglas was seen by witnesses going to get food and returning to his daughter in the shop, which he owned with his partner.

Immediately after the shooting, Mr Douglas’ daughter rushed to his aid and the emergency services were called.

Mr Gillane said that the male in dark clothing then got into a waiting Mercedes on Oliver Bond Street that witnesses will say then speed off.

The Mercedes was then set alight near Carman’s Hall in Dublin 8.

Counsel said that during the course of setting the Mercedes alight, however, the driver’s leg caught fire and he, with his leg still alight, could be seen running with Mr Canavan towards a Suzuki Swift, a stolen vehicle, which itself was set alight three days later on Strand Road.

Mr Gillane said that the court would hear of the movements of four vehicles on the day and that evidence would be produced linking Mr Canavan, through a fingerprint and a DNA sample, to two cars involved.

Counsel said that a number of items were removed from the Mercedes, including the “burned carcasses of mobile phones and a balaclava”.

He said that while the two alleged crimes were three days apart that they were “intimately linked”.

Relating to the allegation of the burning of the Suzuki, Mr Gillane said the State alleges that two males, Mr Canavan and a Mr Foley, who was driving, were in a blue Mitsubishi Mirage and that both the inside of the Mitsubishi and their clothing smelled of petrol.

In January 2019, Nathan Foley (22) of Maryland, Dublin 8, was jailed for six years after he pleaded guilty to assisting a criminal organisation by driving one of four cars and buying mobile phones used in the offence.

In August 2018, Frederick ‘Fat Freddie’ Thompson was jailed for life by the Special Criminal Court for the murder of Mr Douglas. Mr Michael Bowman SC, defending Mr Canavan, said that there was a live appeal in the case of Thompson.

Gardaí arrested both men on suspicion of criminal damage and both the Suzuki and the Mitsubishi were recovered for analysis, he said.

A fourth car, a Ford Fiesta, was used for logistics and spotting, he added.

“Four vehicles were used in concert in planning and executing the murder,” he said, adding that the movements of these vehicles were key to understanding the killing.

Mr Gillane said that some CCTV footage was “crystal clear regarding the vehicles and individuals involved”.

Counsel said that the stolen Mercedes was “ultimately the murder vehicle” and was parked “offside on the morning of the killing at Lullymore Terrace for later use” at around 3.54pm.

Mr Gillane said that evidence will hear that, on the day, Frederick Thompson alighted from the Fiesta on Meath Street and spoke to a female while he broke up a mobile phone as he looked towards the scene of the murder.

He said that the State is alleging that two males later exited the Mitsubishi near St Stephen’s Green and went to a restaurant on Capel Street and that these two men were Mr Canavan and Thompson.

Mr Gillane said that evidence will show that Mr Canavan and Thompson were later joined at the restaurant by Mr Foley.

Counsel said that Thomspon’s fingerprint was found in the Fiesta while his DNA was found in a sample taken from an inhaler in the Mitsubishi.

Mr Gillane said that forensic analysis and CCTV evidence would make a “clear identification” of who got out of the Mitsubishi after the burning of the Suzuki, which was “ultimately, the getaway car”.