Supreme Court: unconstitutional law governs procedure under which citizenship can be revoked 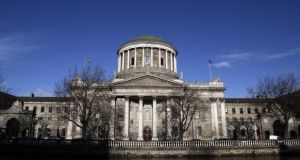 The Minister for Justice initiates the revocation procedure and ultimately makes the decision whether to revoke or not. Photograph: Chris Maddaloni

The Supreme Court, in a significant judgment, has ruled that the law governing the procedure under which Irish citizenship can be revoked is unconstitutional.

The five-judge court ruled the procedure to revoke citizenship set out under the Irish Nationality and Citizenship Act 1956, specifically section 19 of the Act, is unconstitutional on natural justice grounds.

Under section 19, the Minister for Justice initiates the revocation procedure, ultimately makes the decision whether to revoke or not and is not bound by findings of a three-person committee of inquiry appointed by the Minister, the court noted.

This process did not meet the high standards of natural justice applicable to a person facing such severe consequences as loss of citizenship and is therefore constitutionally invalid, it ruled.

The decision is of wide-ranging significance and affects some 40 other cases.

The court made the finding of unconstitutionality when granting an appeal by Ali Damache, a native of Algeria who became a naturalised Irish citizen in 2008, over a notice of intention to revoke his Irish citizenship. He is serving a sentence in the US after pleading guilty in October 2018 to having conspired to materially assist a terrorist group.

The October 2018 notice served by the Minister on Mr Damache outlined intent to revoke his Irish citizenship on the basis of having shown disloyalty to the State.

The appeal centred on the process around citizenship revocation, procedural safeguards and consequences of loss of citizenship on other rights.

Sunniva McDonagh SC, for Mr Damache, told the appeal her client had pleaded guilty to a conspiracy offence to avoid a 40-45 year prison term. While he is serving a long term, he has significant ties in Europe and revocation of his Irish citizenship would mean he would be unable to visit his children in France on release, she said

The Irish Human Rights and Equality Commission was involved in the appeal as an amicus curiae, assistant to the court on legal issues. It argued a high degree of procedural safeguards are required around the Ministerial decision-making to revoke Irish citizenship, which could be achieved either by judicial remedy or establishment of a sufficiently independent court or tribunal.

Giving the court’s judgment on Wednesday, Ms Justice Elizabeth Dunne said an individual facing the prospect of revocation of citizenship must be entitled to a process which provides minimum procedural safeguards, including an independent and impartial decision maker.

She noted, before a certificate of naturalisation can be revoked, the Minister shall give notice to the affected person who can apply for an inquiry as to the reasons for revocation. Any such application is then referred to a committee of inquiry appointed by the minister, consisting of a chairperson with judicial experience and other persons as the minister may think fit.

The committee comprises two lawyers and a former member of the Dáil.

The judge said she was satisfied there was nothing to demonstrate the committee is anything but independent in the exercise of their functions and she would not find a breach of natural justice by reason of a lack of independence on its part.

However, the issue with section 19 comes from the fact the process provided for does not meet the high standards of natural justice applicable to a person facing such severe consequences as are at issue in this case, she said.

An individual facing the prospect of revocation of a certificate of naturalisation must be entitled to a process which provides minimum procedural safeguards, including an independent and impartial decision maker.

While the committee of inquiry is independent, its functions are limited, its findings are not binding on the Minister and there is no right of appeal from the Minister’s decision, she noted.

This resulted in a situation where the same person who initiated the revocation process, and whose representatives make the case for revocation before the committee, ultimately makes the decision to revoke.

On that basis, she concluded Section 19 does not meet the high standards of natural justice required and is therefore invalid having regard to the provisions of the Constitution.