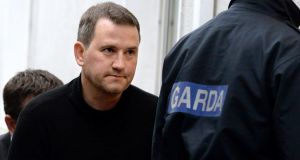 The Supreme Court will give judgment on a later date on the State’s appeal over a key phone data ruling which could help Graham Dwyer to overturn his conviction for the murder of Elaine O’Hara.

The State says the High Court ruling has implications extending well beyond Dwyer’s case and means enormous adverse consequences for investigation and prosecution of serious crime.

When its appeal concluded on Wednesday after a two and a half day hearing, the Chief Justice, Mr Justice Frank Clarke, said the seven-judge court was reserving judgment.

The appeal concerns a December 2018 High Court decision in favour of Dwyer’s challenge to the validity of provisions of a data law under which certain mobile phone call data records were put into evidence at his criminal trial.

The prosecution attributed two mobile phones to Dwyer following a detailed analysis of call records in order to build up a clear picture of his movements between October 2011 and August 2012.

Ms O’Hara (36), a childcare worker, was last seen alive in a public park in Shanganagh, Dublin, on August 22nd 2012. Her remains were found in Killakee mountain, south of Dublin, in September 2013.

Mr Justice Tony O’Connor held that aspects of the Communications (Retention of Data) Act 2011 governing retention and disclosure of mobile phone data contravene EU law as they permitted indiscriminate retention of data and a data access regime without prior review by a court or other independent body.

Access to retained data must be requested by a Garda Chief Superintendent and the Garda Commissioner must report annually to the Minister for Justice on all disclosure requests.

The 2011 Act was introduced to have Irish law conform with an EU Directive which was later struck down by the Court of Justice of the EU (CJEU).

The interpretation of various CJEU decisions concerning retention of, and access to, data is in dispute between the sides in the State’s appeal.

Both sides have agreed, if the Supreme Court considers a lack of clarity arises from the CJEU decisions, it should refer issues to the CJEU.

The State, represented by Paul Gallagher SC , Sean Guerin SC, David Fennelly BL and Lucy Dwyer BL, maintains the CJEU decisions do not render general data retention unlawful once that is justified by a proportionality assessment.

It says the CJEU decisions do not prevent the Supreme Court applying a proportionality test involving balancing data privacy/protection rights on the one hand and, on the other, the rights to life and personal protection, and the State’s interest in investigating and prosecuting serious crime

Having carried out such an exercise, it says the Supreme Court should conclude the 2011 provisions are not disproportionate.

Dwyer, represented by Remy Farrell SC, Ronan Kennedy SC and Kate McCormack BL, accepts the High Court decision has profound consequences beyond his case but says his concern is limited to asserting that data from one phone was inadmissible at his trial.

In closing arguments on Wednesday, Mr Kennedy agreed that if Dwyer’s trial was to be heard now, the High Court decision would mean none of the call data from five phones accessed by gardaí would be admissible as evidence.

Mr Kennedy argued the level of data retention here is so wide it is impermissible but, if the court held that level is permissible in principle, there must be “robust” data access safeguards.

Ireland and Poland are the only two EU member states who still have police authorisation for access to phone data, he said. Other countries implement access safeguards through judicial measures or public prosecutors and some had introduced a “quick freeze” data retention system.

Closing the appeal for the State, Mr Gallagher said proportionality is “the key” to all of these issues and there was much at stake. A careful reading of the CJEU decisions means general data retention is not unlawful and that access protections have to be considered “in the round”, he argued.

If there is to be a reference to the CJEU, it is “critical” that addresses all the issues raised and that the CJEU be provided with the facts concerning Ireland’s retention and access regime, he said.