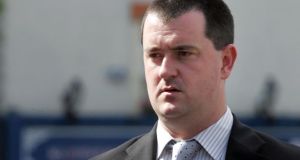 Joe O’Reilly was found guilty in 2007 of the murder of his wife at their home in the Naul, Co Dublin, on October 4th, 2004. Photograph: Eric Luke

The Supreme Court has refused to permit convicted murderer Joe O’Reilly a further appeal over his conviction for the murder of his wife Rachel.

O’Reilly had sought leave to appeal the Court of Appeal’s dismissal of his miscarriage of justice bid as an “abuse of process”. This was the basis of that court’s finding that it was bound to fail and not grounded on any new, or newly discovered, fact.

O’Reilly was found guilty in 2007 by a jury at the Central Criminal Court of the murder of his wife at their home in the Naul, Co Dublin, on October 4th, 2004. He was jailed for life. Ms O’Reilly’s badly beaten body was found in the bedroom of her home by her mother.

O’Reilly later lost an appeal against his conviction and in May 2015 the Court of Appeal refused his application to have his conviction declared a miscarriage of justice.

Lawyers for O’Reilly then applied to the Supreme Court for leave to appeal that Court of Appeal decision.

Among various arguments, it was contended that the Court of Appeal paid insufficient regard to O’Reilly’s argument that he did not sufficiently appreciate, at the time of the trial, the significance of the Book of Evidence, or any portion of it, being found in the jury room. It was argued that there was a matter of general public importance concerning whether tactical decisions in the context of “jury irregularity” can be revisited.

The Director of Public Prosecutions had argued that O’Reilly was informed of the Book of Evidence situation on the fourth day of his trial and, acting on advice, instructed his lawyers to proceed with the trial. It was also contended matters so well known could not possibly amount to a new fact or a newly discovered fact.

The judges said the conclusion of the Court of Appeal judgment was that it was absolutely clear that a conscious and deliberate decision was taken by O’Reilly for tactical and strategic reasons to proceed with the trial. The judges said his attempt now to resile from that choice amounted to an abuse of process. The uncontroverted evidence was no member of the jury had read the book of evidence or any part of it, the court noted.

The issues raised before the Court of Appeal in this application did not raise any new or newly discovered fact showing a miscarriage of justice in relation to his conviction, it said.

The other issue was whether there was abuse of process for O’Reilly to initiate an application for a miscarriage of justice certificate when, following advice, he agreed to the procedure adopted on the fourth day of the trial and also agreed to the outcome, which was that the trial would proceed.

The Court of Appeal’s refusal of this application did not involve any matter of general public importance and nor had O’Reilly established it was in the interests of justice an appeal be heard by the Supreme Court, the judges determined.