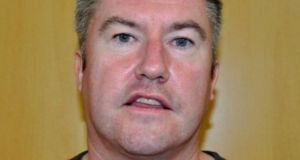 Michael Lynn, with an address in St Alban’s Park, Sandymount, Dublin, is facing 21 charges relating to the alleged theft of almost €30 million from seven financial institutions.

Former solicitor Michael Lynn has been granted bail after his lawyer told the Court of Appeal the “Ronnie Biggs scenario” was no longer workable and there was almost nowhere he could flee to.

The wife and children of Mr Lynn, who was extradited from Brazil to face multi-million euro theft charges, had moved to Ireland, the court was also told.

“I understand the family dog was brought back from Brazil,” Michael O’Higgins SC, for Mr Lynn, added.

By the time Mr Lynn is tried in 2020, he will have served the bulk any sentence if found guilty as he was in custody in Brazil since 2013, Mr O’Higgins argued.

Mr Justice John Hedigan said it was clear there was at least some risk that one who has fled before will do so again, but granted bail to Mr Lynn under strict conditions.

Mr Lynn was extradited to Ireland in March from Brazil, where he has been living for several years. He sought bail in the District Court but was refused. He appealed this to the High Court and was again refused bail by Ms Justice Úna Ní Raifeartaigh on April 6th on the basis that he was a flight risk.

He successfully appealed the High Court’s decision on Thursday and he was accordingly granted bail by the Court of Appeal on a number of strict conditions.

Mr Justice Hedigan said Mr Lynn will have been in pre-trial custody for 22 months in Ireland by the time of his trial date in January 2020. Such a delay was “indeed very disturbing” and it was a factor the Court of Appeal had to take into account.

Mr O’Higgins said the risk was reduced given the length of time his client had already spent in custody. He said his client had been in custody since August 2013 in Brazil. By 2020, his continued incarceration would amount to a sentence of about eight years with standard remission.

As such, Mr O’Higgins said the bulk of any potential sentence, if Mr Lynn is to be found guilty, would have already been served.

There was now almost nowhere Mr Lynn can flee to from where he could not be retrieved and indeed jailed again pending such return, Mr O’Higgins said adding that the “Ronnie Biggs scenario” was no longer workable.

Mr Justice Hedigan said it was clear there was at least some risk that one who has fled before will do so again. However, the situation had altered “very considerably” and it appeared clear the risk was now a “very much diminished one”.

Mr Justice Hedigan said the Court of Appeal had to consider where the interests of justice lay and must pay full respect to the presumption of innocence.

He said stringent bail conditions together with closely monitored compliance would meet the much diminished flight risk.

Mr Lynn was granted bail on an independent surety of €100,000. He must surrender his passport and undertake not to apply for a new one. The passport of his wife and children, if any, must also be handed in to court.

He must reside at a given address in Maynooth, sign on at a local garda station, observe a curfew between 9pm and 6am daily, carry a mobile phone and be available to gardaí on that phone 24 hours a day and stay away from all ports and airports.