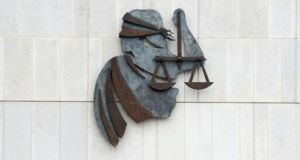 A young Pakistani man who got subsidiary protection after coming here as an unaccompanied minor has won his appeal over being refused enlistment in the Defence Forces.

He was refused because he could not show he is entitled to reside here for the 12-year enlistment period.

The three judge Court of Appeal said the man “is entitled to seek and enter employment in the same way as an Irish citizen would be” and cannot be discriminated against because of his status as a person entitled to subsidiary protection.

Its judgment on Friday has implications for enlistment but Ms Justice Aileen Donnelly said that if the Minister for Defence has a “genuine” concern about people with restricted or limited rights of residence, he may opt to amend the relevant regulations.

The court will decide later what orders it should make in case.

He unsuccessfully applied in August 2015 and April 2016 to join the general service of the Defence Forces.

He was selected for enlistment with the general service but was verbally told at the Curragh Camp in April 2017 he was not eligible to enlist because he required a minimum 12 years permission to remain in the State or an open-ended permission. An email was also sent to him in May 2017 on Defence Forces headed notepaper concerning residency requirements.

His solicitor was told in a January 2018 letter from the Department the man’s “attestation” in the Naval Service was “administratively incorrect” under current legislation and he did not have a residency permission that would allow him satisfy Defence Forces induction criteria concerning residency.

The man took proceedings against the Minister and appealed to the Court of Appeal after the High Court refused to overturn the refusal to enlist him.

The Minister has power to review the Defence Forces decision set out in the May 2017 email refusing enlistment and the January 2018 decision of the Department is amenable to judicial review, the judge found.

She rejected the Minister’s arguments that section 53.1 of the Defence Forces Act 1954 and/or Defence Force regulations made under that prevent the man’s enlistment.

Section 53 provides, inter alia, a person, including a minor, may be enlisted as a member of the Permanent Defence Force for a period of 12 years or for a lesser period as may from time to time be prescribed.

The Minister, the judge noted, took the view the statutory intention behind the time limitation was designed to ensure enlisted persons have an allegiance to the State which is reflected in an entitlement to reside in the State on an open-ended basis, or at least for the period of enlistment concerned.

There was “confusion and lack of clarity” by the Department of Defence as to the meaning of section 53 and the Minister has placed an interpretation on section 53 which that provision “does not bear”, she said.

The reason for the confusion is that section 53 simply provides those who are enlisting must sign up for a prescribed time, she said. Those unwilling to sign up to such a period could not be enlisted but those willing to sign up, who are otherwise not disqualified by recruiting regulations, are entitled to be enlisted.

If their entitlement to reside in the State ceases, the applicable rules concerning rights of residence will come into play and they will be liable to discharge, she said. Until that occurs, they are obliged to serve in line with their enlistment.

Although a Defence Forces regulation provides that 13 categories of persons, include homeless persons, are ineligible for enlistment, that list does not include persons who do not have permission to reside here for 12 years, she also noted.