Man who drove stolen van at garda jailed for 12 years 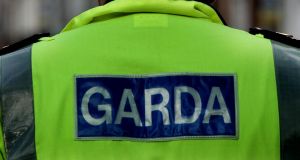 A man who deliberately drove a stolen van while drunk at a motorcycle garda trying to divert traffic away from a garda pursuit has been jailed for 12 years for various offences.

Judge Ó Donnabháin had been willing to suspend the final two years of the term but he rescinded it when O’ Driscoll shouted at him from the dock that he could “f*** off”.

O’Driscoll (27) had pleaded guilty to two counts of endangerment including one at Rathduff where Garda Michael Twomey was catapulted into the air after being struck by the van.

O’Driscoll also pleaded guilty to burglary, unlawful taking of a van, five counts of criminal damage and six counts of dangerous driving at various locations in Cork city and environs.

A native of Fairhill but with an address at the Simon Community, O’Driscoll also pleaded to drink driving, driving without insurance and without a valid driving licence on April 18th last.

A co-accused, Damian Fitzgerald (26) who pleaded guilty to burglary and allowing himself be carried in a stolen vehicle was given a four year jail term by Judge O Donnabhain.

Sgt Pat Lyons told Cork Circuit Criminal Court how O’Driscoll had stolen a van belonging to a workman when the man was collecting tools at MacCurtain Street in Cork on April 17th last.

O’Driscoll and Fitzgerald later broke into Vienna Woods Hotel in Glanmire in the early hours of April 18th where they stole a large quantity of drink which they had in the van with them.

They were sharing a bottle of Jack Daniels when they were spotted in the Passage West area by an off duty garda at 8.30am and there followed a high-speed pursuit through Cork city.

They went around the Finger Post roundabout in Douglas the wrong way trying to avoid gardaí, and went onto their incorrect side of the road at Rochestown Road and Douglas Road.

They hit a woman driving on Douglas Road, a parked car on Douglas Street, rammed a car at traffic lights on Parnell Place in the city centre where they also rammed a garda van.

They hit five vehicles in all before heading out the Old Mallow Road where, exiting on the new Mallow Road, they spotted Garda Twomey trying to stop traffic and hit him.

Garda Twomey, a motorcycle member of the Traffic Corps based at Anglesea Street, wasn’t involved in the pursuit but tried to anticipate the route that the stolen van might take.

Expecting the van to exit from the old Mallow Road at Rathduff, he had set up a checkpoint to stop traffic on the new Mallow Road from passing into the pathway of the speeding van.

Sgt Lyons said that the van exited on to the new Mallow Road and the driver braked momentarily when he saw the garda before accelerating towards him and hitting him.

O’Driscoll denied that he had deliberately driven at the garda but Sgt Lyons said the evidence from a garda behind the stolen van was that it accelerated and drove at Garda Twomey.

Garda Twomey was thrown on to the bonnet of the van before being catapulted into the air and thrown over 20 feet against a wall as the van continued back into Cork.

The van again went onto its incorrect side of the road on a dual carriageway section before doubling back into Blarney with gardai in pursuit before they were caught in Lower Killeens.

Sgt Lyons told the court that O’Driscoll and Fitzgerald were both very inebriated when they were arrested at Lower Killeens and taken to Gurranabraher Garda station.

He also had previous convictions for, dangerous driving and he was banned from driving for years from December 2013 for failing to give a blood sample.

He was tested after his arrest and found to have a blood alcohol concentration of 244mgs of alcohol per 100 mls of blood - over three times the legal drink driving limit.

Sgt Lyons said that Fitzgerald had 193 previous convictions including 40 for public order as well as convictions for criminal damage, dangerous driving and careless driving.

Garda Twomey had suffered five broken ribs, bruising to his liver and kidneys as well as multiple lacerations as a result of being struck by the stolen van, said Sgt Lyons.

He said only time would tell whether Garda Twomey, a father of two whose partner is expecting their third child, would be able to resume his duties as a motorcycle garda again.

It was simply good fortune that no one was killed during the entire 40-minute long escapade where O’Driscoll drove across Cork city from one side to the other at high speed.

He said that it was fortunate that it was Good Friday and that schools were off but even allowing for that, it was a miracle that no one was killed given they went up one way streets.

“I have no doubt that if Garda Twomey had not got to that junction at Rathduff and stopped traffic there, somebody would have been killed by the van coming off the minor road.”

The court heard that O’Driscoll had a serious drink addiction while Fitzgerald of Inniscarra Road, Fairhill, Cork had to receive medical and psychiatric treatment after the incident.

Judge Ó Donnabháin noted both men’s guilty pleas and said he had distinguish between the two accused with O’Driscoll as the driver, the more culpable of the two.

Judge Ó Donnabháin said that citizens were entitled to go about their business without having their lives put at risk by such dangerous behaviour by the accused.

They had crossed from one edge of the city through the city centre and exited the other side and into the countryside with O’Driscoll driving in a manner that was “manic and mindless”.

He said that he was not impressed with O’Driscoll’s apology which was of very little comfort to Garda Twomey and the five motorists who had their cars damaged in the escapade.

He said there were many aggravating factors including an element of deliberation about the driving including going against traffic on busy one way streets like Brian Boru Bridge.

That it continued for so long across the city and out into the countryside despite it being clear to O’Driscoll that gardai were seeking to get him to stop was particularly disturbing.

Judge Ó Donnabháin noted that Garda Twomey - who was in uniform and clearly identifiable as a garda - was not part of the pursuit and yet was hit by O’Driscoll.

He said that Garda Twomey was to be commended for his professionalism in trying to protect both people and property by stopping traffic when he was hit by the stolen van.

He sentenced O’Driscoll to five years in jail for the criminal damage and seven years consecutive for the endangerment and he banned him from driving for life.

He also sentenced Fitzgerald to three years in jail for the burglary and four years concurrent for allowing himself to be carried in a stolen vehicle.

After O’Driscoll had told Judge Ó Donnabháin to ‘f*** off’, the judge commented: “I was probably right about his apology, his remorse was on the surface.”