Man’s conviction for murdering woman he had affair with upheld 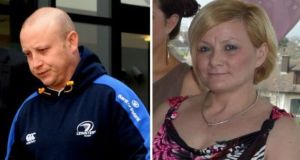 A man who bludgeoned a mother-of-three to death with a hammer after she allegedly threatened to tell his wife about their one-night-stand has lost an appeal against his conviction.

Family and friends of the victim Anne Shortall (47) shouted “yes” as the judges at the Court of Appeal revealed their decision, one that will see Roy Webster continue to serve his life sentence for the 2015 murder.

During Webster’s trial in 2017 it emerged that he acted “completely normal” as he chatted to his wife and her friend, ate dinner, drank wine and fell asleep in front of the television while Ms Shortall’s body lay in the back of his van.

The 42-year-old, of Ashbree, Ashford, Co Wicklow, denied murdering Ms Shortall at The Murrough near Wicklow Town on April 3rd, 2015, claiming he was provoked.

He was unanimously found guilty of murder by a jury at the Central Criminal Court and was given the mandatory life sentence by Mr Justice Patrick McCarthy on March 24th, 2017.

Webster moved to appeal his conviction claiming that the trial judge had not adequately explained to the jury the partial defence of provocation and the intention required to prove murder.

Michael Bowman SC, for Webster, said the test for provocation was subjective and was based on what was going through Webster’s mind at the time. He submitted that in his instructions to the jury, the trial judge “unnecessarily” referred to an objective standard.

President of the Court of Appeal Mr Justice George Birmingham said he court was “not moved by the criticisms of the trial judge’s charge”.

“The charge was a particularly careful one, as might be expected, given that it was delivered by the judge who was then the senior presiding judge in the Central Criminal Court,” he said.

He said Mr Justice McCarthy, delivered a “careful and focused” charge and dismissed the appeal against conviction.

The Central Criminal Court heard that Webster met Ms Shortall, a separated mother of three grown-up children, at The Forge pub in Wicklow Town on December 20th, 2014. They had sex in her house and Webster fell asleep.

The next morning Webster went home to his wife Sineád, who was pregnant with their second child at the time, and lied about having spent the night on a friend’s couch.

Webster told gardaí­he thought that was the end of the affair and life would go on. The court heard that in late 2014 and early 2015 Ms Shortall was having money problems, and had been served with an eviction notice.

She tried contacting Webster via a mutual friend on Facebook and searched online for his business, Ashwood Kitchens. Having gotten his contact details, she would call Webster between 2am and 4am and send him text messages.

In one of those texts she falsely stated: “I hate to be the bearer of bad news but I’m pregnant.”

Webster called to her home on South Quay in Wicklow on April 2nd, but did not go inside. She said she needed £6,500 to get an abortion in the UK. He told her he wanted proof she was pregnant and they agreed to meet again the following day.

Webster picked Ms Shortall up in Wicklow Town and they drove to The Murrough. He told gardaí­that Ms Shortall did not provide proof of pregnancy but still wanted money. When he told her he did not have the money, he said she became angry and threatened to tell his wife about their affair.

Webster told gardaí­ he begged Ms Shortall not to ruin his life but she kept threatening him. He said he felt he was against a wall and that he could see his life crashing down.

He opened the side door of his van and grabbed a hammer, which he used to hit her nine times on the head. He secured her wrists with duct tape and wrapped more tape around her head.

He placed the body in the back of his van and then drove to a nearby Centra shop in Ashford where he called his wife to find out if she needed anything. He drove home and, with Ms Shortall’s body still in his van, chatted with his wife and her friend Carmel Phibbs.

Ms Phibbs told gardaí­ Webster was “completely normal” and only seemed concerned about a small cut on his elbow that he said he got doing a tiling job.

He told gardaí­ he had a cup of coffee, ate dinner, had a glass of wine and fell asleep in front of the television with his wife by his side. He said it was like he “blanked” the attack from his mind and felt he was back in his own skin.

Ms Shortall’s daughters became concerned when they discovered their mother was missing. They contacted Webster, whose details were on her phone, which she had left behind, but he told them they had a wrong number.

Over the weekend he went shopping with his wife and moved Ms Shortall’s body along with some bloodied tools to his workshed. The following week Webster was being linked to Anne’s disappearance on social media.

Giving evidence on day three of the trial, Det Sgt Fergus O’Brien said Webster’s wife Sinead asked him: “Have you anything to say that you are not saying?” and “If you have something to say, speak now”.

When she asked: “Did you hurt her, Roy?” his head went down and he started to cry.

“I did. I hit her with a hammer,” he said, before revealing her body was in his workshop.

Travellers to NI from ‘low to medium risk countries’ won’t have to self-isolate 18:20
Covid-19: Six further deaths as reproduction rate ‘at or above one’ 18:33
Varadkar given ‘inaccurate’ data on reopening of childcare services 17:26
Prosecution case concludes in Garda murder trial 17:21
Covid wage subsidy recipients cannot draw down funds from State mortgage scheme 16:44

1 Covid-19: Six further deaths as reproduction rate ‘at or above one’
2 Mother and five children sleeping in car while seeking accommodation
3 US supreme court rules prosecutors can obtain Trump’s financial records
4 First ever woman president of an Irish university appointed at University of Limerick
5 Ex-Fianna Fáil TD apologises to Mary Lou McDonald over ‘damaging’ tweet
Real news has value SUBSCRIBE