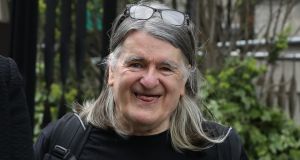 A third legal challenge has been brought in a bid to overturn a fresh planning permission for a controversial development of 657 apartments on lands near St Anne’s Park in Raheny.

At the High Court on Thursday, Mr Justice Richard Humphreys granted leave to Oisin Collins SC, for environmentalist Peter Sweetman, to take the latest challenge over the permission granted by An Bord Pleanála last August.

The two other challenges are by a local residents group, Clonres CLG, and by John Conway, an environmentalist from Dundalk, Co Louth, and the Louth Environment Group (LEG).

All three cases will be case managed in the court’s Strategic Infrastructure Development (SID) list, which fast-tracks cases involving developments designated SID. Such designation allows developers to bypass the normal planning route to seek permission directly from the board.

The board had granted permission for the development in 2018 but that too was challenged, in three separate sets of proceedings, by the same entities challenging the latest permission.

Last June, the board consented to an order quashing its 2018 permission on the basis it had not adequately addressed requirements of the Habitats Directive in relation to an Appropriate Assessment (AA) of the impact of the development on feeding grounds of the light-bellied Brent goose and other protected bird species in Dublin Bay.

The board was asked to reconsider the matter “in accordance with law”. On August 20th last, it granted permission, subject to 30 conditions.

Among his grounds of challenge to that permission, Mr Sweetman, of Rossport, Ballina, Co Mayo, claims the board’s decision was made contrary to EU and national law.

The board, he claims, did not undertake an adequate AA as required by national law and the Habitats Directive and/or failed to comply with the Birds Directive. Alternatively, he claims the State has failed to correctly transpose the requirements of both Directives.

If necessary, he also wants the High Court to make a preliminary reference to the Court of Justice of the EU concerning whether the permission accords with what the CJEU has said is required for an AA.

Among various claims in that regard, Mr Sweetman claims the assessment conducted concerning the impact on the Brent goose was “entirely inadequate”

Mr Sweetman claims the board inspector’s report recommending permission appeared to have been prepared within two days of that inspector’s site inspection. That report was “unfailingly positive” in its assessment of the proposed development and “has all the appearance of having been prepared with a single conclusion in mind”, he claims.

He further claims that no, or no proper, attention was given to the environmental considerations in either the inspector’s report or the board’s permission decision.

The lands at issue are a significant foraging ground for an internationally important population of east Canadian high Arctic light-bellied Brent Geese and an important feeding ground for the curlew, black-tailed godwit, black-headed gull and oystercatcher, all protected under the Birds Directive, he says.

The inspector’s report took into account irrelevant considerations in considering the birds were not site-loyal and appeared to have relocated to other sites since grass mowing ceased at the St Paul’s fields since 2018, it is claimed.

The board appeared not to have properly considered issues raised by Birdwatch Ireland and the parks department of Dublin City Council concerning the impact on protected species, Mr Sweetman further says.

Other grounds include claims the board failed to definitely establish the proposed development would not adversely impact on the North Bull island special protection area.