State yet to decide on appeal against Graham Dwyer ruling 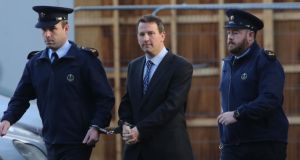 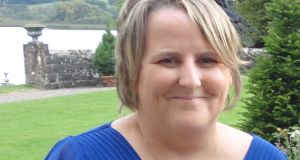 The State has yet to announce if it will appeal a High Court ruling in favour of Graham Dwyer which forms part of his bid to overturn his conviction for murder.

Dwyer was convicted three years ago of the 2012 murder of childcare worker Elaine O’Hara.

The judge found that sections of Ireland’s retention laws concerning information generated by telephones contravene both EU law and findings of the European Court of Human Rights.

As well as being an important ruling in respect to Dwyer’s appeal, the State had argued the action also had major implications in relation to the authorities’ ability to retain, access and use information generated by mobile phones in the investigation of serious criminal activities.

The case was briefly mentioned before the High Court on Thursday morning when Mr Justice O’Connor was told the State wishes to make submissions on the court proposed final orders and declarations.

Brian Murray SC, appearing with Seán Guerin SC and David Fennelly BL, for the State, said his client’s submissions will be in relation to sections of data retention laws and their compatibility with both EU Law and the European Convention on Human Rights.

Counsel said his side’s submissions, and any reply by Dwyer’s legal team would take a few hours to hear. Discussions on this issue had taken place with Dwyer’s lawyers, counsel said.

He said his clients were also considering seeking a stay on the final orders in the event of an appeal.

Mr Murray also told the court that since the judgement was delivered, requests by the authorities for access to retained telephone data were still being made in regards to issues where a person’s life is at risk, or in matters of state security.

Agreeing to such requests was in accordance with the court’s judgement, counsel said.

Counsel said that requests for telephone data in relation to the investigation, prevention and detection of crime were not being acceded to.

However, a request for access to retained data in one criminal investigation had been made to a district court judge under different legislation to that which had been challenged by Dwyer, counsel said.

Ronan Kennedy BL, for Dwyer, said his side would consider the State’s submissions and would reply in due course.

Mr Justice O’Connor agreed to adjourn the matter to a date in January.

Dwyer, who denies killing Ms O’Hara, claimed that data gathered from his phone, under the 2011 Communications (Retention of Data) Act, should not have been used at his 2015 trial before the Central Criminal Court.

The data, which was generated by Dwyer’s work phone, placed the phone at specific places at particular times and dates.

That data was used to link Dwyer to another mobile phone the prosecution told the jury during his high profile trial that he acquired and used to contact Ms O’Hara.

The use of the data, Dwyer claimed, was unconstitutional and breached his rights under the EU Charter and the European Convention on Human Rights, including his right to privacy.

Dwyer’s lawyers argued the Act was introduced to give effect to a 2006 EU directive concerning the retention and use of data.

The European Court of Justice (ECJ) found in 2014 that the directive was invalid and that position was further strengthened in subsequent rulings by that court in 2016. He claimed the 2011 Act suffered from the same flaws identified by the ECJ.

The State opposed his arguments and said Dwyer’s application was misconceived and should be dismissed.

It argued the laws that allow the authorities to access and utilise retained data, are extremely important in the detection, prevention and investigation of serious crime.

In what was a detailed and lengthy judgement Mr Justice O’Connor said he was satisfied that the 2011 Act provides for an indiscriminate retention regime.

The ECJ, the judge said, had found that such regimes are prohibited under Articles 7 and 8 of the European Charter, and the court said it is prepared to make declarations that sections of the 2011 Act are inconsistent with EU law.

He said the ECJ had found that the fighting of serious crimes cannot justify the general and indiscriminate retention regime.

The judge added that practices of how Garda apply for and obtain mobile phone data were not enough to satisfy the decisions of the European Courts in regards to access.

The sections of the 2011 Act concerning access to retained data contravene EU law and the European Court of Human Rights because there was no prior review by a court of administrative authority for access to telephony data.