Polish judges disagree with each other in letters to High Court 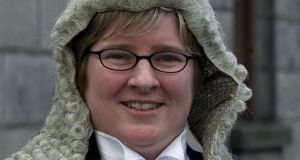 Senior Polish judges have openly disagreed with each other in letters sent to the High Court in Dublin about the independence of the Polish judiciary, following the replacement of dozens of senior judges last year.

The “unprecedented” disagreement has emerged during a High Court case in which a Polish man, Artur Celmer, is challenging an attempt to extradite him to Poland.

The 31-year-old, who is wanted for trial in his home country on drugs trafficking charges, was arrested in Ireland on foot of a European Arrest Warrant last year.

Lawyers for Mr Celmer argued that he should not be extradited because the Polish government has damaged the independence of the country’s judiciary by forcibly retiring judges early.

In a letter to the High Court in September, the president of the Warsaw Regional Court, Judge Joanna Bitner insisted that the controversial changes had not affected the rule of law or judicial independence.

However, another judge in Warsaw has written to the High Court contradicting his superior, warning that the rule of law in Poland was at “very serious” risk.

Ms Justice Aileen Donnelly, the judge in charge of High Court extradition, postponed the surrender of dozens of suspected criminals to Poland earlier this year over concerns for their fair trial rights.

She sought specific assurances in respect of Mr Celmer after Poland’s deputy justice minister was quoted as calling him a “dangerous criminal” connected to a “drugs mafia”, despite the presumption of innocence.

In her letter, Judge Bitner assured Ms Justice Donnelly that “any and all such statements” by politicians and the media were “absolutely irrelevant” and had no impact on a judge’s decision-making process. She said judges in Poland were independent and subject only to the Polish constitution and laws.

However, Judge Piotr Gaciarek, also of the Warsaw Regional Court, told the High Court that it was “not true” for his superior to have said the independence of judges and courts in Poland was not presently at risk.

“At the beginning I have to state clearly and explicitly that I do not share the assessments and opinions expressed in the letter of the president of the Warsaw Regional Court sent to you on 26 September 2018.

“To be understood correctly and precisely, I would like to stress that both me and other judges adjudicating in the Warsaw Regional Court try to perform our obligations to the best of our abilities and administer justice impartially and free from any pressures.”

“Nevertheless,” he said laws adopted within the last three years and the “practical operation” of those laws by “politicians currently in power” posed “very serious threats” to the Polish justice system.

Judge Gaciarek referred to a number of his colleagues who had already been disciplined by the government’s new disciplinary body for judges.

He said the common denominator for all recent disciplinary actions taken against judges in Poland was the fact that they have been taken against “judges who openly criticise the amendments pushed by the government and the minister of justice” whose aim was to have “courts and judges under a political control”.

Mr Lynam said Judge Gaciarek agreed with the contents of an expert report, commissioned by Mr Celmer’s lawyers, which demonstrated the “severe” situation in Poland now.

He said judges in Poland were coming under “huge pressure to conform with what the executive wants them to do”.

He said Poland’s public prosecutor general was callously attempting to control and influence judges in his simultaneous role as minister for justice.

“I don’t shy away from the reality,” Mr Lynam said, that some judges in Poland “may be part of the executive’s own cohort”.

Counsel for the Attorney General, Remy Farrell SC, said a “unique situation” had arisen whereby the Polish judicial authority was “arguing with itself”. But the arguments only related to the general situation in Poland rather than Mr Celmer’s specific case, he said, in line with a recent ruling from the Court of Justice of the European Union.

Referring to the judges who had already been disciplined under the government’s new disciplinary regime, “one might wonder,” Mr Lynam said, “whether Judge Gaciarek is to be disciplined for raising his head above the parapet and expressing a view contrary” to the view of the Polish government.