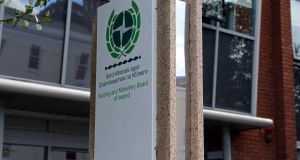 A nurse who provided false references when offered a job in the Galway Clinic has had her registration cancelled by the president of the High Court over findings of professional misconduct.

When seeking employment with Galway Clinic in 2016, Roanna Dumalo Dela Cruz Data, who previously worked here for three years, failed to inform the Nursing and Midwifery Board of Ireland (NMBI) her registration as a nurse in Australia was suspended in 2011, the court also heard.

Ms Data had been diagnosed with a psychiatric condition in 2003 and her 2011 suspension from the Australian register was for failure to comply with conditions on her registration, including to attend a nominated psychiatrist and to provide regular reports concerning her fitness to practise as a nurse.

JP McDowell, solicitor for the NMBI, applied this week to Mr Justice Peter Kelly for an order cancelling Ms Data’s registration here. A native of the Philippines with an address at Heidelberg Heights, Victoria, Australia, Ms Data registered with the board here in 2001 and worked in Dublin’s Mater Hospital for three years before re-locating to Australia.

In 2016, she applied for employment at the Galway Clinic as a staff nurse and, following an interview via Skype, was offered the job subject to satisfactory references. Two references which turned out to be false were provided in May 2016 from certain email addresses. One purported to be from a clinical nurse manager at the Mater and one from a purported referee in Australia. Mr McDowell said Galway Clinic, because it was itself pursuing the Mater concerning a reference for Ms Data, learned the purported reference sent to it was not sent from the Mater. When asked about this, Ms Data had admitted her conduct and also sent an email of apology to the clinical nurse manager at the Mater.

After the director of nursing at Galway Clinic complained to the NMBI that Ms Data had provided falsified references, the board wrote to the Australian Health Practitioner Regulatory Authority. It was informed Ms Data’s registration there had been suspended in June 2011. The board notified Ms Data it intended to hold a Fitness to Practise (FTP) inquiry but its notifications were either returned or not replied to. A courier report indicated she had moved address.

An inquiry proceeded in private and in her absence after the NMBI was satisfied about the efforts made to put her on notice. The FTP committee found the allegations concerning false references were proven and amounted to professional misconduct. Noting the last mental state examination of the nurse was in July 2014, the committee held that another allegation, that Ms Data suffered from a relevant medical disability, was not proven beyond reasonable doubt. It accepted the only way to ascertain that issue with any degree of certainty was to have an up-to-date psychiatric examination.

The NMBI agreed with the FTP committee’s recommendation that Ms Data’s registration should be cancelled because she had engaged in a pattern of dishonesty, fraud and misrepresentation of the most serious nature. No other sanction would be sufficient to protect the public against a nurse who had engaged in such dishonest behaviour, it held.

Confirming the board’s decision, Mr Justice Kelly said the conduct of Ms Data was “completely inimical” to the nursing profession.