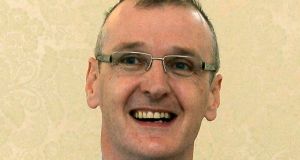 Mr Justice Max Barrett has overturned the Minister for Justice’s refusal of citizenship to a Nigerian woman on the basis of the Minister’s view she is not “of good character”. Photograph: Brenda Fitzsimons/THE IRISH TIMES

A High Court judge has overturned the Minister for Justice’s refusal of citizenship to a Nigerian woman on the basis of the Minister’s view she is not “of good character”.

The Minister must reconsider the woman’s application in line with the findings of Mr Justice Max Barrett.

The woman came here in 2000, got residency in 2001 on the basis of having an Irish born citizen child, and now has two citizen children, one with a serious disability.

She claimed to have suffered violence by the children’s father and lost the care and custody of the children in 2008 when she was going through serious problems with the father.

She is now working, pursuing a third level qualification, has access to her youngest child and has resumed contact with her eldest child, now an adult.

In his 2018 decision refusing her citizenship application, the Minister said she had not disclosed, when answering a question on the application form, she came to the “attention” of gardai on two dates in 2007 as a witness in respect of incidents of child neglect and cruelty and he was thus not satisfied she is of good character.

Mr Justice Barrett asked how being a “witness” to something could possibly be relevant to an application form question asking: “Are you, or have you ever been, the subject of an investigation in Ireland by An Garda Siochana (Irish Police) including where you were not charged with any offence?”

Witnesses are not at risk of prosecution simply by being witnesses and the Minister’s concern appeared to be the woman’s “No” answer to that question was misleading, he said.

The court does not fully know what the phrase coming to “the attention of” gardai means but it seemed to embrace a “radically wider” set of circumstances than the question whether she was ever subject of a Garda investigation here.

One could easily imagine circumstances where one would come to the attention of gardaí “and not be in any sense a person of less than good character”.

The Minister had effectively flawed the woman for not answering a question she was not in fact asked and to which the Garda records indicated the correct answer was, in any event, “No”.

The Garda report described the woman at all time as a “witness” to the 2007 incidents and this supported her approach to completing the application form, he said.

The first 2007 incident involved gardaí calling to the woman’s house after receiving a report children were not being well treated by a woman there, he said. In doing so, gardai were investigating whether that report was true or not and they recorded the woman as a witness in their report.

In the second instant, the woman herself called gardaí to the house because she thought she and her son were being subject to racist attacks. It did not appear her account of events was controverted and this could in no way be described as an “investigation” of her.

The Minister appeared to have counted against the woman that, having been described in the Garda report as a witness, she had answered “No” to the question whether she was ever subject to a Garda investigation here.

There was no basis for the Minister’s finding she had failed to disclose relevant information or that her answers could afford a basis for the conclusion she was not of good character, he concluded.