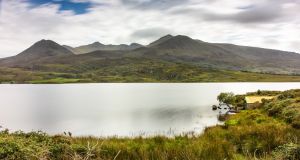 An Irish Aviation Authority (IAA) employee claims he was left severely disabled after he fell more than 500 feet on a mountain during a compulsory company team-building exercise.

In a High Court action, Barry Griffin (42) says he is tetraplegic with no prospect of making a neurological recovery as a result of the incident at the MacGillycuddy’s Reeks in Co Kerry in May 2016.

Mr Griffin, a senior engineering manager with the IAA, is suing his employer and Co Kerry-based adventurer and mountaineer Pat Falvey, who organised and supervised the outing to Carrauntoohil mountain and Cnoc na Tionne.

Mr Griffin claims the defendants were negligent and in breach of duty in the organisation of the team-building exercise and ought to have known it was dangerous.

He alleges failure to carry out a fitness assessment in his case where he was not an experienced climber. There was also a failure to provide adequate training and/or instruction, he claims.

There was no opportunity to opt out of the exercise, he also claims.

Then IAA chief executive Eamon Brennan was a mountaineering enthusiast, he says.

Mr Griffin was part of a large group which which had to descend Cnoc na Tionne via a narrow and exposed route when he fell 574 feet (175m), repeatedly hitting rocks, it is claimed. He was taken to hospital by air ambulance and at one point suffered a cardiac arrest, it is claimed.

The defendants deny his claims.

As part of the pre-trial process, Mr Griffin’s barrister Shane English sought various documents said to be necessary for his case.

When the documents were not forthcoming, Mr Justice Richard Humphreys was asked to make discovery orders in relation to 26 categories of documents.

In his judgment on the discovery application, published this week, the judge ordered discovery of 15 categories of documents including one relating to communications to IAA employees applying restrictions to the taking of leave during the team-building exercises.