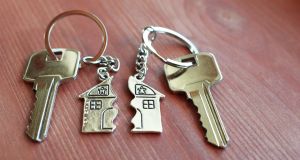 The judge made orders for sale of the family home and giving the woman sole residence there pending the sale.

A High Court judge, in granting a woman a decree of divorce, has found her estranged husband has still not fully disclosed his financial position and engaged in “bad” and “mean-spirited” behaviour towards her.

The man had sought to depict himself as a “reasonable” man seeking only what is fair and wishing his estranged wife well, Mr Justice Max Barrett said. However, over a prolonged period, he behaved badly towards her, requiring her, when she has little money, repeatedly to engage lawyers and seek all manner of orders against him, including to pay his share of utility bills, the judge said.

He had behaved in a “volatile” manner, with the result the woman previously obtained an interim barring order against him, later replaced by a related undertaking.

The woman was so fearful she left the family home at one point.

While the man maintained he has never been violent towards her, “by which he presumably means he has not hit her”, that was to mistake the nature of an interim barring order and the undertaking.

The couple currently live separately in a partitioned family home and the man has taken to making noise at irregular hours and had argued the woman required court orders to cross into his section to turn on the heating.

He also sought to introduce an intimate and irrelevant detail from the woman’s “long-distant past” which he “insensitively, even cruelly” described as “baggage”, before the court stopped him.

“If a man is inclined to treat his estranged wife with such disregard/discourtesy in court, he will find himself facing an uphill battle in seeking to establish his being more generally a reasonable man.”

The couple married some years ago and have adult children. They have been separated for more than two years and the wife said there was no possibility of reconciliation.

The judge said both had gambled heavily on property with borrowed monies but the woman, in the mid noughties, become worried about their financial exposure, declined to participate further in that and instead combined being a homemaker with running her own business.

The man, who appeared to have “a weakness for property gambling”, continued and persuaded some of their children to join him, leading to the children’s lives and/or credit ratings being “considerably blighted”.

All of the property gambles came to a “disastrous end “when the property bubble burst in about 2008, following which one creditor secured a judgment for many millions in respect of borrowings secured on a particular property and a second appointed a receiver over the couple’s mortgaged properties.

The judge contrasted the response of the couple to their financial problems, saying the woman consistently sought, in a “candid and sensible” manner, to arrive at some form of agreement with creditors and with her husband.

While the man argued he has done the same, “regrettably, he has not always done so”.

The woman’s “consistent realism” consistently yielded proposed settlement agreements including the one now before court but the man never achieved like success.

The current situation is the man, despite being given “every chance” to remedy his behaviour and provide full details of his financial affairs, has not done so. The woman nonetheless wishes to be divorced and to see her financial affairs resolved to the greatest extent possible.

The judge said he would grant a decree of divorce and make orders concerning division of assets.

He noted one creditor had agreed to take a fraction of the “enormous” sum owing to it as a full and final settlement, having considered what is practically realisable from the remaining assets.

Both creditors were to be commended for their approach to settlement agreements reached with the woman’s advisers, involving the sale of the family home and other property, which settlement was “very considerably to the man’s benefit”.

He made orders for sale of the family home and giving the woman sole residence there pending the sale. The man must leave there within eight weeks. The woman can apply to court in the interim if he continues with his difficult behaviour and enter his section to turn on the heating.

Other orders include for the man to retain his “generous” pension but, if he pre-deceases the woman, she will be entitled to various benefits from the pension.

The woman is to retain a property which she had inherited in her own right and where she operates her business and was also declared to be 50 per cent owner of an interest in another apparently marital property.

For reasons including failure to make adequate financial disclosures, the judge directed the man to pay half of the woman’s legal costs.