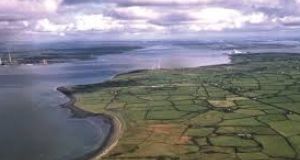 Friends of the Irish Environment (FIE) want orders quashing a five year extension of permission for development of a liquid natural gas terminal at Kilcolgan, near Tarbert in north Kerry.

An environmental group has secured permission to bring a High Court challenge over An Bord Pleanála’s decision to extend planning permission to develop a Liquid Natural Gas (LNG) terminal on the Shannon estuary.

Friends of the Irish Environment (FIE) want orders quashing a five year extension of permission for development of the terminal, which includes four large tanks, jetties to receive ships, and associated works at Kilcolgan, near Tarbert in north Kerry.

Permission for the facility, where gas will be shipped for use by consumers in Ireland and Europe, was granted in 2008.

The facility has not yet been constructed and the developer, Shannon LNG Ltd, got an extension of the planning permission on July 13th last.

In its proceedings against An Bord Pleanála, FIE claims the board failed to take account of the possibility of significant effects of the proposed development on local wildlife and flora.

It also claims the board failed to take into account the Climate Action and Low Carbon Development Act 2015, intended to drive Ireland’s transition to a low carbon state in line with its commitments under the Paris Agreement.

FIE, represented by John Kenny BL, wants orders quashing the extension decision and a declaration the board failed to exclude the possibility the development would have significant effects on bottlenosed dolphins in the Lower River Shannon Special Area of Conservation.

FIE claims the board erred in law by allegedly failing to take account of up to date and relevant information available to it in the course of its screening for appropriate assessment under the EU Habitats Directive.

The proposed developer Shannon LNG Ltd, which first sought permission to build the facility in 2007, and Kerry County Council, are notice parties to the action.

Permission to bring the challenge was granted by Mr Justice David Barniville on Thursday.

The case will be mentioned before the court later this month.