Court rules on case with implications for unaccompanied learners

Man cannot be convicted for driving without insurance on basis he was on learner permit, says judge 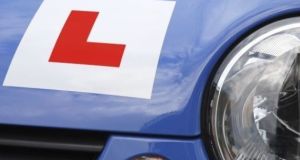 The case concerned a driver who, when stopped by a garda in Co Clare in September 2018, held a learner driver permit, but not a driving licence, and was not accompanied by a qualified driver. Photograph: iStock

A man who had a policy of insurance while driving on a learner permit cannot be convicted for driving without insurance on the basis he did not hold a valid driving licence at the time, a High Court judge has ruled.

Mr Justice Richard Humphreys said a decision on conviction depends on the terms of the insurance policy in each case, not whether the driver holds a valid driving licence.

On the evidence in this case, the driver could not be convicted of driving without insurance under section 56.1 of the Road Traffic Act 1961, he held.

He was ruling on legal issues referred to the High Court by a District Court judge arising from a prosecution of the man.

In his judgment, Mr Justice Humphreys noted, while section 56.1 has been repealed and substituted by section 34 of the Road Traffic Act 2004, that provision has not yet commenced because it requires a commencement order.

It seemed “an unhappy situation that a statutory provision of such crucial daily importance can remain in a state of suspended animation for a period of 16 years”.

The case concerned a driver who, when stopped by a garda in Co Clare in September 2018, held a learner driver permit, but not a driving licence, and was not accompanied by a qualified driver.

He was later charged for using a mechanically propelled vehicle without insurance, which he denied, and with unlicensed driving, to which he pleaded guilty.

He produced a certificate of insurance to the prosecuting garda in the District Court and that garda gave evidence the relevant insurer had advised, if there was a loss to a third party arising from the driving of the accused, the insurer would compensate the third party but seek to recover the cost of that from the accused.

District Judge Patrick Durcan formed the view, for the insurance policy to be operative, the accused needed to have a driving licence. He considered a learner permit is a “conditional” driving licence, the conditionality was not satisfied in this case and the accused was therefore not insured to drive that day.

Judge Durcan asked the High Court was he correct in his view the charge of driving without insurance should be upheld in this case.

Mr Justice Humphreys said the “real” question” arising from section 56.1 is whether there is in force, at the relevant time, an approved policy of insurance whereby the vehicle user is insured and that boiled down to the wording of the policy.

The question for the District Court was whether the accused drove without insurance in the sense he was in breach of a condition of his insurance policy, he said. That ultimately comes down to the wording of the policy and any breach of condition must be proven in each individual case.

In this case, the evidence of what the insurer’s employee told the prosecuting garda was “inadmissible hearsay”.

The judge said, even if he was wrong on that point, all that was said was the insurer would seek to recover the payment from the insured, not that it would not be liable to indemnify the insured.

In future prosecutions of this type, the prosecution will have to prove breach of a condition of an insurance policy by some form of admissible evidence, he said.

If, as the DPP had suggested, the courts’ audio recording of cases was appended when cases such as this are referred to the High Court, that would avoid arguments concerning what was, or was or not, in evidence in the lower court, he added.

This accused cannot be convicted under section 56.1 on the evidence referred to, he concluded.