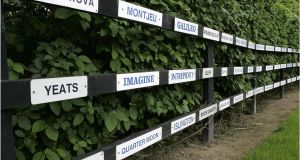 A former employee at Coolmore Stud has been refused injunctions preventing the stud’s lawyers writing to booksellers and distributors alleging his book contains defamatory material.

He worked at the stud from 2006 until January 2015 and alleged it was trying to suppress sale and distribution of his book, self-published last November by his company Gold Rush Publications.

He sought various injunctions, pending a full hearing of his case against the stud, restraining its lawyers writing to book distributors and retailers alleging the book contained defamatory material and seeking it not be sold.

In her judgment on Tuesday, Ms Justice Caroline Costello found Mr Jones had made out no arguable case entitling him to the injunctions. He brought these proceedings because he was “frustrated” the stud had not sued him for defamation, not because he had a “genuine belief” it acted wrongfully towards him, she concluded.

Coolmore’s solicitors Arthur Cox had written to the Amazon website and various bookshops referring to potential proceedings for defamation, noting the book included allegations of bullying and details of deaths of two horses Mountjeu and Jude. The book was later withdrawn by a number of distributors.

Outlining the background, the judge said a claim by Mr Jones’ over his employment at the stud brought to the Labour Relations Comission was compromised under a December 2014 agreement.

Under that, he was paid €30,000, both sides agreed not to make any derogatory comments about each other at any time in the future and he undertook not to disclose any records relating to animals or clients of the stud.

Before his book was published in November 2015, Arthur Cox reminded him of his contractual obligations and the agreement. Mr Jones replied saying he had received legal advice about what he could and could not refer to and had complied with the agreement. He refused the firm’s request to see a copy of his book before publication, alleging it was seeking to harass him.

The judge found Coolmore, through its solicitors, made clear to Mr Jones, before his book was published, it was relying on the December 2014 agreement and, if the book contained any defamatory material, it would make distributors and sellers aware of their potential liability.

After the book was published, Coolmore alleged it breached the December 2014 agreement, contained material defamatory of Coolmore and other parties and disclosed records relating to clients or animals of Coolmore.

Coolmore had chosen not to sue Mr Jones and instead its lawyers wrote to retailers and distributors alleging the book contained defamatory content causing damage to Coolmore and breaching the legal and intellectual property rights of the stud and other parties.

There was no obligation on Coolmore to sue Mr Jones for defamation, she said. The right to send the letters complained of was inherent in the right of access to the courts and implicit in the Defamation Act. While Mr Jones argued he could prove the book’s contents were true, that did not mean it was wrong to send the letters.

While Mr Jones argued he signed the agreement under duress, he received benefit under it and cannot now ignore it, she also said. He had not claimed duress until a year after signing it.

The judge also refused the injunctions on grounds, if Mr Jones won his full action, damages would be an adequate remedy.

She further ruled the balance of convenience was against the orders after finding the book contained comments derogatory of Coolmore and persons associated with it; material relating to animals and clients of the stud, including about an operation on the stallion Galileo, his daily routine, his foals and the stud’s breeding practice; and information about some clients of the stud who entered into a foal sharing deal concerning the stallion, Sadler’s Wells.

Coolmore also provided evidence the book breached the copyright of others, she added.