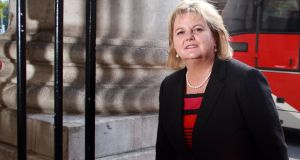 The costs of the case, which ran for ten days with another four days spent on pre-trial matters, are estimated at upwards of €700,000.

The court’s ruling applies to two thirds of costs after those have been taxed or examined by a High Court taxing master.

The PAC and State sought their costs against Ms Kerins on the basis the court had rejected her claims. John Rogers SC, for Ms Kerins, asked the court not to apply the normal rule that costs go to the winning party and instead award Ms Kerins her costs against the PAC.

Giving their reserved ruling on Wednesday, the court said this was a case where it should depart from the normal rule and make limited orders for costs in favour of Ms Kerins against the PAC.

It “cannot be gainsaid” much of what was put to her and said about her was damaging to her reputation personally and professionally and her institution of this case was a proportionate response to what took place before the PAC, it said.

The case raised issues of “special and general public importance and “some novelty” concerning “the legal safeguards (if any) available to witnesses who appear before the PAC in a voluntary capacity”.

The PAC has an important function and questions concerning the proper discharge of its function and the conduct of its members are matters of pubic importance, it said.

The case also raised important questions of freedom of speech in parliament, the separation of powers and the extent to which the courts may intervene in the affairs of the legislature.

The court was satisfied the case raised issues of importance for the PAC and the State and the court’s decision had determined the immunity against suit conferred by Article 15 of the Constitution on what is said in the Houses of the Oireachtas also extended to parliamentary committees.

The case also “cast a light” on the position of person who appear voluntarily before the PAC which “may well have implications for the PAC in future” as it operates to a significant extent on voluntary participation of witnesses in hearings before it.

While Ms Kerins had a personal interest in bringing the case, it was a “proportionate response” by her to what occurred before the PAC, the court held. The “justice of the case” would be met if Ms Kerins gets two thirds of her costs (after those were taxed) against the PAC, plus costs of the transcript of the case.

It made no order for costs in Ms Kerins favour against the State as it considered the dispute was between her and the PAC with the effect the State will pay its own costs.

Brian Kennedy SC, for the PAC, had argued there were no special circumstances to justify departing from the normal costs rule. The court was not dealing with uncharted constitutional terrain here and the “core” of the case was a claim for damages for Ms Kerins’ benefit.

In her action, Ms Kerins claimed two PAC hearings on February 27th and April 10th 2014, when she was questioned about her €240,000 annual salary and other matters, amounted to a “witch hunt” against her.

The PAC argued it was entitled to scrutinise how public funds are spent when some €80m public monies are paid annually to Rehab companies.

The High Court ruled, because the Constitution confers absolute privilege on “utterances” in the Oireachtas and the PAC was making no “determination” in relation to Ms Kerins, the courts cannot intervene in relation to how the two hearings in 2014 were conducted.