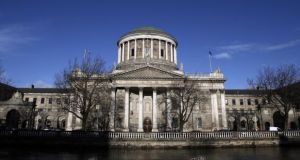 At the time of the reunification application, the man was still married to his second wife but they have since divorced.

An Afghan refugee is not entitled to family reunification here with his third wife because she is not a “spouse” under Irish law as the marriage was polygamous when entered into, the Court of Appeal has ruled.

Ms Justice Aileen Donnelly upheld a decision by the Minister for Justice the marriage was not valid or recognisable by the State, with the effect his third wife was not his “spouse” within the meaning of the Refugee Act 1996.

The man married his first wife in Afghanistan in 2001 and she died there in 2012 while he was seeking refugee status here.

While awaiting the outcome of his application, he entered into a marriage here in 2013.

While that marriage was still subsisting, he entered into a polygamous marriage later in 2013 in Pakistan. That third marriage was lawfully conducted and recognised by the law of Pakistan.

After getting refugee status in 2016, he sought family reunification for a number of family members, including his third wife. At the time of the reunification application, he was still married to his second wife but they have since divorced.

A core claim in his case was that his third wife was his “spouse” within the meaning of family reunification provisions of section 18 of the 1996 Refugee Act.

After the High Court rejected his challenge to the Minister’s refusal to permit him bring his third wife here, he appealed.

In a judgment published this week, the three judge Court of Appeal dismissed the appeal.

Ms Justice Donnelly held the High Court correctly ruled the Minister was precluded, arising from two Supreme Court judgments in what was known as the HAH case addressing issues concerning polygamous marriage, from recognising the third marriage. (The 2017 HAH v SAA case found that only the first marriage of a Lebanese man with two wives was valid.)

In the case under consideration on Thursday, Irish law did not recognise the man’s marriage to his third wife because it would be contrary to public policy and the Minister correctly held the third marriage remains polygamous despite the man’s second marriage having ended.

The Supreme Court judgments in HAH expressly permit the Oireachtas to make public policy decisions in relation to recognition of foreign marriages for general or specific purposes, she said.

The Supreme Court had stated it would be preferable for the Oireachtas to act in determining the precise rules for such recognition but, in the absence of those, the courts have to deal with the issues of public policy raised, she said.

In this case, the Court of Appeal had to determine if “spouse” in section 18 includes a person who became the refugee’s spouse at a time when the refugee was already in a valid and subsisting marriage, that is, who became a spouse by entering into an actually polygamous marriage. In light of the HAH judgments, the answer to that was a “straightforward No”.

While the man argued, because his third marriage is now in fact monogamous, it is recognised in Irish law, the reasoning of the Supreme Court makes clear that an actually polygamous marriage is void “ab initio” [from the start].

The ordinary and natural meaning of spouse would mean a spouse as understood and recognised by Irish law, she said.

There is no change in the legal and factual context since the Supreme Court’s HAH judgments that requires the courts to make a different assessment concerning whether public policy requires such marriages be recognised, she added.

The judge stressed, simply because the man has no automatic right to family reunification with his third wife, that does not mean he has no right to reside with her here.

He has applied for a determination under the Irish Humanitarian Assistance Programme, is entitled to a decision on that and she expected the appropriate decision makers would take all relevant matters into consideration.