Court of Appeal rules Bill Kenneally’s sentence not an error 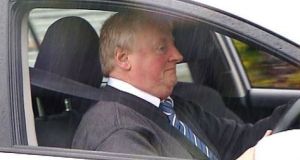 Bill Kenneally had pleaded guilty to ten sample counts of indecently assaulting ten boys at various locations in Waterford in the 1980s.

The Court of Appeal has upheld the 14-year prison sentence imposed on former sports coach Bill Kenneally for abusing 10 teenage boys in the 1980s.

Kenneally (67), of Summerville Avenue, Waterford City, pleaded guilty to 10 sample counts of indecently assaulting 10 boys at various location in Waterford in the 1980s. He was originally charged with 70 counts between the 1970s and 1980s.

He was sentenced at Waterford Circuit Criminal Court to 14 years and two months imprisonment in February 2016 by Judge Eugene O’Kelly, who imposed consecutive 17-month sentences in respect of each of the 10 victims.

In their appeal, Kenneally’s lawyers submitted that the sentence was “grossly excessive”, that the sentencing judge was “over-fixated” with the position of victims and that the process “became an exercise of vengeance on their behalf”.

However, upholding the approach and conclusions of the sentencing judge, the court held that Kenneally’s sentence “while severe, was not so severe as to constitute an error in principle”.

Giving judgment in the three-judge court, Mr Justice George Birmingham said the nature, scale and extent of Kenneally’s offending made the case very unusual, “if not in fact unique”.

He said the number of complainants, the duration and nature of the offending, the grooming that was a feature, the use of photographs as a form of insurance against disclosure and the manner in which Kenneally gained access to and influence over his victim’s was “quite exceptional”.

While the Court of Appeal had dealt with some truly appalling cases, it was “hard to think of any case where the same combination of factors were present,” the judge said.

Counsel for the Director of Public Prosecutions, Noel Whelan, said Kenneally’s offending “went very much further” than what was usual in cases of this sort. It sometimes involved Kenneally taking photographs of the abuse with a Polaroid camera and then using the instantly developed photos to coerce or blackmail the boys into silence and into complying with further abuse.

Kenneally utilised his position as a basketball coach to befriend, socialise with and access the boys, the court heard. He frequented places where young people hung out to drink, keeping alcohol in the boot of his car to give to the boys when he himself did not drink. He bought some of his victims football kits, provided cigarettes, gave some of them relatively large sums of money and showed some of them pornographic movies as a prelude to the abuse.

Mr Justice Birmingham said that in December 1987 Kenneally became aware that an informal complaint of sexually inappropriate behaviour was made against him involving a teenage boy. This boy was not one of the 10 victims in this case.

In response to that, Kenneally attended Waterford Garda station where he met and was interviewed by an inspector and a superintendent.

“It seems that the gardaí­ requested that he undertake not to have any further contact with boys and that he would seek professional help from a psychiatrist,” Mr Justice Birmingham said.

For almost 30 years there was no further offending but gardaí­then visited Kenneally’s home in December 2012, following a complaint. Kenneally made admissions at that stage and contacted a specialist in the area of sex offending.

Mr Justice Birmingham said the sentencing judge identified the aggravating factors as being the intensity and nature of the abuse, the predatory conduct and exploitative grooming leading to the abuse and the strategy put in place designed to leave the victims powerless and degraded, referring to the photographs as a “form of insurance against disclosure”.

The sentencing judge also referred to the number of victims involved as an aggravating factor. He stressed that he was only dealing with 10 individuals “even though the admissions” by Kenneally in 2012 “suggested that the number may have been double that”.