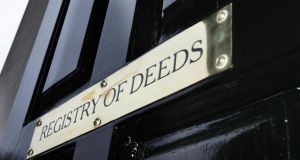 Hugh Crawford, of Rose Cottage, Letterbarrow, Co Donegal told Donegal Circuit Court he “still loved” the plaintiff, but added he could not agree to putting his ex-partner’s name on the deeds until he left the priesthood. File photograph: Matt Kavanagh/The Irish Times

A former Franciscan religious who was in a “sexual relationship” with a diocesan priest has strongly denied the couple had joint rights to a house, Donegal Circuit Court heard yesterday.

Hugh Crawford, of Rose Cottage, Letterbarrow, Co Donegal, said he had paid the vast bulk of the mortgage for the property, and that his ex-partner Fr Gabriel Rosbotham only paid a small fraction of the costs of the property, which was bought in 1994.

Mr Crawford told the court he left the Franciscan order in 1990-1991 as he felt he could not continue. He said he got a mortgage on the Rose Cottage house in 1994 and paid almost €43,000 in mortgage repayments while in a relationship with Fr Rosbotham.

The court heard the plaintiff, Fr Rosbotham, plead he had a right to compensation after the couple split in 2002.

The couple had become friendly in the 1980s. Mr Crawford said he “still loved” the plaintiff, but added he could not agree to putting his ex-partner’s name on the deeds until he left the priesthood.

The court heard Fr Rosbotham had left the Franciscans in 1997 and become a diocesan priest in Ballina. He lived with Mr Crawford for about two days a week during this period, travelling up from Ballina, the court heard.

Mr Crawford told the court the property cost €23,500 and he got a mortgage for €18,200. The total cost of the mortgage and other payments was €64,000 paid by Mr Crawford, with Fr Rosbotham paying a total of €7,000 according to Mr O’Donnell, counsel for Mr Crawford.

Fr Rosbotham told the court he had only told Mr Crawford he was taking some time out from the Franciscans. Fr Rosbotham denied it was agreed that he would leave the priesthood. He added it had been agreed that they would later sell the house and split the proceedings 50/50. Mr Crawford denied this claim.

Judge Keenan Johnson is expected to give a judgment in this civil case this morning.