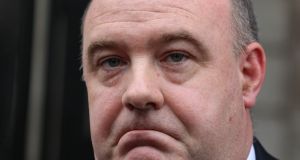 Businessman David Hall has been accused of “serious wrongdoing” by two former employees of his ambulance company who have made a protected disclosure to the Revenue Commissioners about its affairs.

Mick Dougan and Sean Clarke, two former managers of Life Line Ambulance Service, claim staff were paid expenses in place of taxable pay and allege they were subject to bullying and harassment.

The allegations made by the two men were disclosed at a hearing of Naas Circuit Court at which they sought relief under protected disclosure legislation. This is only the second time such an application has been made under the legislation introduced two years ago.

Mr Dougan, former assistant managing director, and Mr Clarke, former director of ambulance operations, claim they were made redundant for making a protected disclosure to Revenue about the company last January.

Their claims are rejected by the company, which says the redundancies followed a review by an external consultant that found their roles were no longer required.

The two men are seeking an injunction under the Protected Disclosure Act 2014 requiring Life Line to continue paying their salaries until their unfair dismissal case is heard at the Workplace Relations Commission.

In his affidavit, Mr Hall said the turnover of Life Line fell from €8 million to €4 million between 2008 and 2014, during the economic downturn and at a time when he was “distracted” with involvement in the Irish Mortgage Holders Organisation.

He was obliged to seek financial backing but this was contingent on his return to active involvement in the company.

On his return last August, he was met with an uneasy reception and found his decision-making capacity was being undermined.

He commissioned former Mater Hospital chief executive Brian Conlan to review the business but it was clear Mr Dougan felt threatened by this process.

In April, Mr Conlan recommended three roles, including those of Mr Dougan and Mr Clarke, be made redundant as there was significant duplication with other roles.

The disclosure by Mr Dougan and Mr Clarke was done for the sole purpose of protecting themselves against the threat to their positions from the management review of the company and to provide a basis for the current legal proceedings, according to Mr Hall’s affidavit.

Carl Hanahoe, barrister, for Life Line, said Mr Hall had at all times acted on Mr Conlan’s advice and his own understanding of the needs of the company.

Mr Hanahoe had earlier sought to have the application for relief under the protected disclosure legislation adjourned, and said the two men’s salaries would continue to be paid in the interim.

Judge Francis Comerford rejected this application and the application for relief under protected disclosure legislation went ahead.

Mr Dougan and Mr Clarke contend that they were effectively running the business between 2010 and 2015 while Mr Hall was pursuing other interests, their barrister, Tom Mallon told Judge Comerford.

Counsel said Mr Hall was largely absent from day to day management for five years, until he returned in autumn 2015.

In his affidavit, Mr Dougan said he started working at Life Line in 2002 and within two or three years, Mr Hall made him aware of “certain actions he was engaged in for the purpose of avoiding or reducing tax”.

Last January, Mr Dougan and Mr Clarke sought to add an item to the agenda of a management meeting in relation to actions made by Mr Hall and possibly other directors “that have had a financial impact on the business and which may not, or have not, been properly accounted for in the company’s books” or with the Revenue.

Later that month, they made a protected disclosure to Revenue “in relation to financial matters and wrongdoing within the company,” according to Mr Dougan.

He said Mr Hall appointed a person to examine allegations of bullying and harassment made by Mr Clarke, and also to investigate the claiming of expenses by Mr Dougan and Mr Clarke.

Mr Dougan said the claiming of mileage was directed by Mr Hall as a way of avoiding paying taxable pay to employees.

In April, the two managers were informed the board was contemplating a restructuring of the business and their roles were at risk of redundancy. They were given notice of redundancy last June 1st and their employment ended some weeks later after a notice period expired.

Mr Dougan said he and Mr Clarke strongly believed their redundancy was solely related to the protected disclosure to Revenue “concerning very serious wrongdoing which we had observed over the years in the management of the company and in particular in relation to the activities of Mr Hall”.

Without the disclosure, there was a real and substantial risk to the company and its staff, he said.

Life Line is the country’s largest private ambulance company, employing 85 staff and operating over 30 ambulances, according to Mr Dougan.