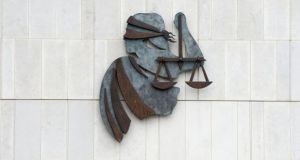 The accused was remanded in custody to appear again before Cloverhill District Court next Thursday.

A man has appeared in court charged with the murder of a woman and two children in Dublin last month.

The man, who is aged in 30s, appeared in Dun Laoghaire District Court on Monday morning where details of the charge were read out.

Detective Sergeant John White said reporting restrictions under Section 252 of the Children Act apply relating the identification of the deceased “because two of the injured parties are juveniles”.

The deceased were found by gardaí in their Dublin home last month. Post-mortems were carried out leading to the opening of a murder investigation.

The accused, who was represented by barrister Morgan Shelley BL, wore a brown coat and blue jeans. He stood with his hands with his pockets throughout the short hearing.

Det Sgt White told Judge Anne Watkin he arrested the accused at 4.04 pm on Sunday for the purpose of charging him with murder. Fifty minutes later, Sgt Philip Phibbs charged him with the murder of the three people and handed him a copy of the charge sheet.

The accused made no reply when arrested or charged. The court heard there was no provision for bail in the case of murder.

Judge Watkin granted an application for legal aid. There was no objection from gardaí.

She remanded the accused in custody to appear again before Cloverhill District Court next Thursday.

Mr Shelley also reminded the court of a recent Court of Appeal judgment which interprets the reporting restrictions under the Children Act as applying to children who are deceased.