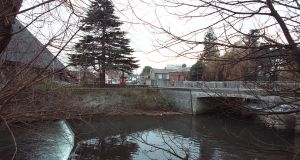 Irish Water will face trial in September for allowing harmful material pollute the River Tolka in Dublin which was linked to a fish kill last year.

The company is being prosecuted by Inland Fisheries Ireland (IFI) and the case had its fourth listing at Dublin District Court on Monday for a plea to be indicated, or to have a hearing date set if the charge was contested.

It was alleged on September 18th 2018 the company caused deleterious matter to go into the water of the Tolka near Littlepace in the townland of Huntstown, Co Dublin.

The offence is contrary to the Fisheries (Consolidation) Act as amended by the Local Government (Water Pollution), Water Services and Inland Fisheries acts.

Indicating that his client pleaded not guilty, defence counsel Eoghan Cole told Judge Anthony Halpin a hearing date was required and the case would last half a day. Judge Halpin ordered that the trial would be heard on September 12th next.

IFI is the state agency responsible for the protection, management and conservation of Ireland’s inland fisheries and sea angling resources.Ireland has over 74,000km of rivers and streams and 128,000 hectares of lakes all of which fall under IFI’s jurisdiction.