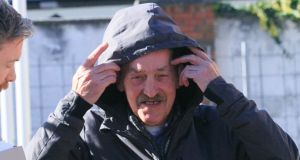 The husband of Patricia O’Connor as well as her daughter, granddaughter and daughter’s ex-partner have appeared before Tallaght District Court charged with impeding an investigation of her murder in 2017.

Augustine O’Connor, Louise O’Connor, Keith Johnson and Stephanie O’Connor have all been granted bail with conditions and were remanded to appear before Tallaght Court in six weeks for service of books of evidence.

Ms O’Connor (61) was first reported missing on June 2nd 2017. Later, human remains were discovered scattered over a 30km area across the Wicklow mountains, including a human head and arms in a plastic bag.

Augustine, Louise and Stephanie O’Connor are all charged with impeding the apprehension of an investigation of a murder at Mountainview Park, Rathfarnham, on May 29th, 2017 contrary to Section 7(1) of the Criminal Law Act, 1997.

Keith Johnson is charged with impeding the apprehension of an investigation of a murder at Woodies DIY in Tallaght and various locations on June 9th, 2017, contrary to Section 7(1) of the Criminal Law Act, 1997.

Detective-Sergeant Brian Turner from Greystones Garda station told Judge McNamara that he arrested all four between 9 and 10am at Tallaght Garda station on Thursday where they were later charged.

Det-Sgt Turner and Sgt O’Neill said there was consent to bail with conditions in respect of the four defendants.

Det Sgt Turner said the Director of Public Prosecutions had directed trial on indictment in respect of the four accused.

Judge McNamara released each defendant on their own bail of €200 and on condition they surrender their passport, provide a mobile phone number and sign on three times a week at their local Garda station.

She remanded all four to appear before Tallaght Court on November 29th for service of their book of evidence.