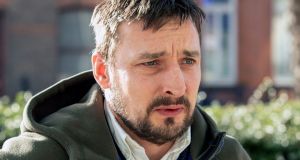 A former Labour party senator has been accused of stealing from a private members club in Dublin.

He was accused of theft of a coat valued at €80, and a book called Dáil Éireann parliamentary debates 1923, valued at €225, at the Stephen’s Green Club, in Dublin 2 on August 7th last.

Detective Sergeant Eugene McCarthy told Judge Gearty that he charged him with those offences before court on Tuesday .

He said Mr Heffernan replied , “There’s no hope that jacket was worth €80, tell them I’ll swap them a jacket”. He said, “Give it back” in relation to the book theft. There was CCTV evidence.

The Director of Public Prosecutions had directed the case could be dealt with at District Court level.

The former politician also faced Public Order Act charges over an alleged incident at Lincoln Place in Dublin 2 on January 14th. However, there was no video evidence of this.

Defence solicitor Brian Keenan was granted an order for disclosure. Mr Heffernan did not address the court.

He was granted legal aid after the judge was furnished with a statement of his means. His solicitor said Mr Heffernan was not working and was on social welfare. There was no objection to bail.

The former politician was ordered to appear again in four weeks when he will be expected to indicate a plea, or have a trial date fixed if he intends to contest the case.

The qualified primary school teacher and ex-member of Limerick County Council was elected for Labour to the 24th Seanad in 2011 but lost the party whip the following year when he voted against budget cuts. He joined the Social Democrats in 2015 and was an unsuccessful candidate for the party in the 2016 general election.