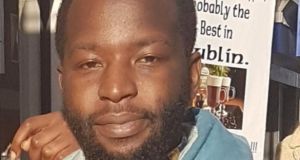 Limbani ‘Robert’ Mzoma (27) was killed at the home of Grace Miano (50) in Foxrock, Dublin on November 1st last.

A woman with schizophrenia has been deemed unfit to stand trial for the murder of a Malawian national at her south Dublin home last year.

Grace Miano, originally from Kenya, but with an address at Tudor Lawns in Foxrock, is charged with murdering Limbani ‘Robert’ Mzoma (27) on November 1st last at the same address.

At the Central Criminal Court on Tuesday, Ms Justice Eileen Creedon heard there was an issue to be decided by her concerning Ms Miano’s fitness to stand trial. Paul Burns SC, prosecuting, called a consultant forensic psychiatrist from the Central Mental Hospital (CMH) to give evidence on the issue.

Dr Ronan Mullaney told the court he had interviewed Ms Miano on several occasions in order to give his opinion regarding her fitness to be tried and had prepared two reports for the court. Ms Miano was admitted to the CMH on November 15th last, he explained.

Dr Mullaney said Ms Miano had been been admitted to psychiatric services at Tallaght Hospital in July 2017 after maintaining that toxic gases were piped into her home “which burned her brain”.

Dr Mullaney said he formed an opinion following an assessment last November that the accused had suffered from auditory hallucinations over many years prior to the alleged offence.

Ms Miano continued to present in subsequent assessments as mentally unwell and the insight into her illness remained poor, Dr Mullaney said, adding that she appeared to lack an appreciation for the gravity of the situation.

Dr Mullaney said he interviewed Ms Miano in February of this year in which she recounted a number of “deluded conspiracy beliefs”.

The witness said he assessed Ms Miano last week and found that the insight into her condition was poor and that she is currently receiving an injectable form of anti-psychotic medication.

Concerning her fitness to be tried, Dr Mullaney said that the accused suffers from schizoaffective disorder, a mental disorder which is characterised by holding “bizarre and infeasible delusional beliefs”.

He formed the opinion that Ms Miano is unfit to be tried according to the criteria in Section 4 of the Criminal Law Insanity Act 2006. He said the accused is unable to plead to the charge, instruct a legal representative or make a proper defence.

Dr Paul O’Connell, a consultant forensic psychiatrist at the CMH, told defence counsel Michael Bowman SC that he first met Ms Miano last November. He said the accused spoke “a great deal about beliefs she held” including that she was being persecuted by members of the Royal Family who were trying to kill her.

He said he met Mr Milano on two more occasions in May and he believed she was unfit to stand trial as she is suffering from paranoid schizophrenia.

“She is not capable of considering her defence options and could not give a plea of not guilty by reason of insanity proper exploration,” he concluded.

Ms Justice Creedon made an order committing Ms Miano to the Central Mental Hospital until June 20th. She also directed the preparation of a psychiatric assessment by an approved medical officer.