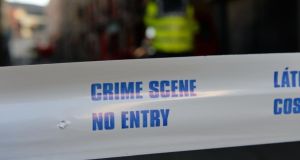 Michal Kurek’s body was found in a gateway on a country lane in Ballyboughal, Co Dublin on August 4th, 2017.

A homeless man was found lying face down in a country lane in north Co Dublin with more than 60 stab wounds to his body, a murder trial has heard.

Sebastian Barczuk (32), with an address at Briarwood Lawn, Mulhuddart, Dublin 15 has pleaded not guilty to murdering fellow Polish national Michal Kurek (33) at a place unknown within the State between August 3rd and 4th, 2017.

Opening the prosecution’s case , Lorcan Staines SC, for the State, told the Central Criminal Court jury it was a circumstantial case and ultimately the question for them was “who did it” and not whether the deceased was murdered or not.

Detailing the evidence that will be heard, Mr Staines said there will be evidence from the witness box, by video-link, from maps and photographs as well as telephone evidence.

Outlining the facts of the case, the barrister said the deceased Mr Kurek was a Polish national and a homeless man, who had “addiction difficulties” and was living in Ireland for many years by the time of his death. He said Mr Barczuk was also Polish and had been living in Ireland for more than 10 years at the time, he continued.

He said the two men had met when they were delivering leaflets together in 2011. They ultimately became good friends and had both previously lived together at two different addresses, he said.

Outlining the circumstances of the deceased’s death, Mr Staines said Mr Kurek’s body was found in a gateway on a country lane in Ballyboughal on August 4th, 2017. There was no sign of life and he was lying face down in blood-stained clothes, he said, adding that the victim had suffered more than 60 stab wounds and there was blunt force trauma to his head. There were multiple stab wounds on his upper limbs, which could be regarded as defensive type injuries, he continued.

Mr Staines also indicated to the jury that they could consider this case as having two parts. “The first part falls upon me to prove Mr Kurek was murdered and the second half falls on me to prove that Mr Barczuk was the person who murdered him,” he said.

The lawyer told the court that the deceased died by being stabbed and stabbing somebody more than 60 times demonstrates an intention to kill. He said the prosecution’s case will mainly deal with the second issue of who did this act to the deceased.

“Mr Kurek was murdered and ultimately the question for you is who did it and not whether the deceased was murdered or not,” he emphasised.

Mr Staines further stated that the prosecution cannot say where or why Mr Kurek was murdered. The murder was not caught on CCTV footage and a murder weapon was never recovered. “You won’t hear evidence of a confession so that type of direct evidence is absent. The case relies on circumstantial evidence,” he said.

The trial continues before Mr Justice Tony Hunt and a jury of seven men and five women. It is expected to last between three and four weeks.