Mother who repeatedly assaulted and threatened to kill children is jailed

Court heard catalogue of physical, verbal abuse by woman who locked up children for protracted periods 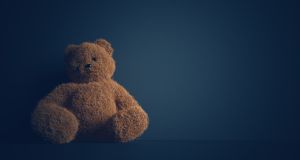 The court heard the children were exposed to illicit drug use and subjected to squalid living conditions, as well as deprivation in relation to food and personal hygiene. Stock image: iStock

A mother who repeatedly assaulted her children and threatened to kill them while holding a knife has been jailed for two years.

The woman (37) had pleaded not guilty at Dublin Circuit Criminal Court to assaulting, ill-treating, and neglecting three of her children at her then address on dates unknown between March 14th, 2015 and April 18th, 2016.

Following a trial in October 2019, she was convicted of all charges by a jury. The court heard that the accused continues to deny her responsibility for the offences.

The accused cannot be named to protect the identity of her children.

Judge Melanie Greally said it was a sad case in which the court had heard a catalogue of physical and repeated verbal abuse of the children, who were also locked up for protracted periods.

The children were exposed to illicit drug use and subjected to squalid living conditions, as well as deprivation in relation to food and personal hygiene.

She said the context to the offending was significant, noting the mother had been undergoing a difficult marriage break-up and going through a personal crisis. She said the woman had been engaging in regular drug abuse and had an antisocial peer group.

The judge noted the mother had self- reported that she was not coping and the matter was refereed to gardai.

Judge Greally said the assaults which were perpetrated persistently on the three children were particularly serious, with the eldest child bearing the brunt of the assaults. She said there had been long-lasting effects on the children who experienced significant emotional turmoil.

The judge noted there was no acknowledgement of guilt and no expression of remorse for her actions.

She said it had been a period of turmoil and personal crisis for the accused who was overwhelmed by the responsibility of parenting her children single handled and also had financial stresses.

Judge Greally said she was taking into account the possibility of the woman rebuilding her relationship with the children notwithstanding the erosion of trust and the fact the children were now fearful of her.

Judge Greally imposed a three year sentence with the final 12 months suspended. She ordered the woman not to have any contact with the children unless authorised by the Child and Family Agency or the father of the children.

At an earlier sentencing hearing, Garda Aisling O’Connor told John Berry BL, prosecuting, that during the trial DVDs of interviews of the three children were played before the court.

Gda O’Connor said the eldest of the three children said in interview that she hated living in the house and her mother used to hit her with belts and wooden spoons. She said that all her mother did was sleep on the couch and she was glad she did not see her anymore.

The youngest child said his mother used to wear a skull ring which would leave a mark when she hit with her hands. He said he was glad he did not see her anymore and was worried she would find out where he lives.

In a victim impact statement, which was read out in court, the father of the children said they were constantly bullied in school because of the dirt on their clothes. He said his children had nightmares about running into their mother again.

He said he suffers with guilt because he thought they were safe with their mother and just thinking about it breaks him down.

The woman has 32 previous convictions, all of which are for road traffic matters. She does not have access to her children at the moment.

Gda O’Connor agreed with Kathleen Leader SC, defending, that the offending came to light when the accused told teachers she could not cope anymore and they contacted gardaí­. She agreed that the accused had a fifth child who died in June 2019.

Ms Leader said that the offences occurred during a period where her client’s marriage had effectively broken down and her parents were not available to her. She said her client was diagnosed with depression in 2012.