Mother charged with murder of son (3): ‘It was not me. It was the power’

Omar Omran found dead in a flat in Kimmage on Monday, apparently from stabbing 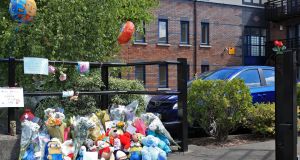 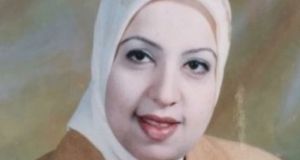 A mother has appeared in court charged with killing her three-year-old son at their apartment in south Dublin on Monday.

Omar Omran was found dead on Monday in an apartment at the Riverside complex in Poddle Park in Kimmage, apparently from stabbing.

Ms Al-Adheem was taken to hospital for treatment.

Garda Sgt Brendan O’Halloran gave evidence of arrest at 12.30am on Thursday and of charging Ms Al-Adheem with the common law offence of murder. She made no reply.

When copies of the charge sheet were being prepared, Sgt O’Halloran said Ms Al-Adheem said: “Yes, it was my knife. Yes it was my hand. It was not me. It was the power.”

Ms Al-Adheem, a doctor from Iraq who has been living in Ireland since 2010, sat impassively in the dock during proceedings and said nothing. She wore a purple jumper, dark blue slacks and pale pink shoes.

She was granted legal aid after the judge was given details of her income by defence solicitor Richard Young.

Ms Al-Adheem nodded to her solicitor when he spoke quietly to her at the end of the proceedings but she did not address the court.

The District Court cannot grant bail in murder cases and she was remanded in custody to appear again on July 20th next. Due to the nature of the charge a bail application can only be made in the High Court.